Not feeling Christmassy yet?

Canada Post’s Santa Letter Writing Service has been running for more than 35 years.

Everyone thinks Cara Delevingne's new Jimmy Choo ad is sexist – do you?

To date, more than 26million letters have been answered in over 30 different languages – including Braille – and letters have come from all around the world.

The service processes an average of a million letters a year and roughly 200,000 elves (err, OK, volunteers from the Canadian postal service) donate their time to write or type replies on behalf of the Great Man himself.

Instead of the grey sacks used for day-to-day mail, all the Christmas letters are sorted into bright red sacks of the very kind Santa himself uses.

“Letters to Santa do not require postage within Canada and the response from Santa is delivered free,” says Sylvie Lapointe of Canada post.

Firstly, all letters must be sent before 14 December.

Santa is a busy man in December and needs plenty of time to get writing.

The postcode is particularly important: it was specially commissioned for the Santa post and letters won’t reach the North Pole without it.

Children are encouraged to write about their likes and dislikes, what they have been up to and what they would like for Christmas, and are free to include illustrations.

Santa Claus is coming to town

Canada Post’s Santa Letter Writing Service started as a local initiative in Montreal in 1974 before going nationwide in 1982.

Just 22,000 letters were answered over the first two years with the help of 1,000 volunteer elves.

By 1984 the number of letters had increased to half a million and 5,000 volunteers were drafted in to help.

Today, in addition to the letters, 43,000 children get an email response – and not all little ones have the patience to wait for Christmas.

Letters start trickling in from July and parades, decorations in shops and the first snowfall all trigger an outpouring of Christmas wishes.

All I want for Christmas

Requests have noticeably changed with the times.

Unsurprisingly, there has been an upswing in pleas for electronic devices and gadgets and some children think big: requests for pet ponies are not uncommon.

Though most of the letters deal with deliverables, not all children want something to unwrap.

Volunteers read requests for divorced parents to be reunited for Christmas, or for hard-up friends to be able to enjoy the festive season more.

Occasionally, the elves receive letters from children in need who have turned to Santa for reassurance.

In these cases, a specialist team of trained experts is on hand to help Santa provide the appropriate response.

Joy to the world

It’s not just the kids of Canada who have a direct line to Father Christmas.

In Australia, children can download a letter-writing template then track the progress of their letter as it wings its way to the North Pole.

Here in the UK, Christmas missives can be sent off to Father Christmas at Santa’s Grotto, Reindeerland, XM4 5HQ.

But Canada’s Santa post remains one of the longest running and the most comprehensive, and still brings back happy memories for the grown ups that used it.

The most popular questions kids ask Santa in their letters

1. You must be really old. How old are you?
2. How are Mrs Claus, the reindeer and the elves?
3. What is your favourite cookie? Do you eat cookies at every meal? Do you eat any vegetables?
4. Do the elves go to school?
5. How do you get around the world in one night?
6. How will you get into my house, we don’t have a chimney?
7. Why do you wear red all the time?
8. How many elves do you have?
9. Do you walk to work or take the sleigh?

‘My letters to Santa always began with “Dear Santa” and included questions for him like: How is Mrs Claus? How are the reindeer and what do you feed them? How many elves do you have working in the shop?’ she says.

‘Once the small talk was out of the way, I tell Santa that I, of course, had been a good girl all year and give him some examples of the good deeds I had done.

‘Then I would politely ask him for a few items. I remember my wish lists containing mostly toys.

‘At the end of the letter, I would let Santa know that we were so excited for his arrival, and to be sure that we would have milk and cookies for him, and carrots for the reindeer on Christmas Eve.

‘I can remember being so excited about sending off my letter but as I got older I became quite a sceptical child.

‘I questioned everything that didn’t make sense to me: why do the Santas in the mall look so different from each other? Why are they wearing fake beards?

‘It didn’t take long for me to lose interest in contacting Santa.

‘I asked my brother if my niece still writes to him, and he told me that she has been doing it through a website in recent years.

‘I think it totally takes the excitement of sending snail mail away.’

As for Santa’s replies? Well, you might want to look away for this bit.

‘Santa did reply, though I don’t remember what the replies said,’ says Dana, adding:

‘I asked my cousin if his children write to Santa, and if the replies were generic or specific.

‘He told me the replies were pretty generic and that they were typed up, with each child’s name written in.’

Still, the tradition for writing to Santa doesn’t seem to be going away any time soon.

MORE: New Orleans jazz funerals: Where life is celebrated through the joy of music

MORE: When is the best time to say I love you? Why oversharing too soon is a bad idea

MORE: BFF or no BFF: Is there too much pressure to have a best friend?

The post How Canada’s postal service makes Christmas extra magical by having Santa reply to every letter appeared first on News Wire Now. 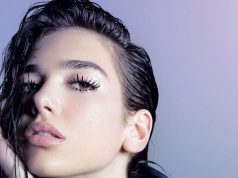 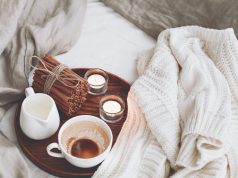 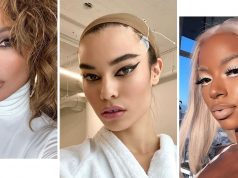