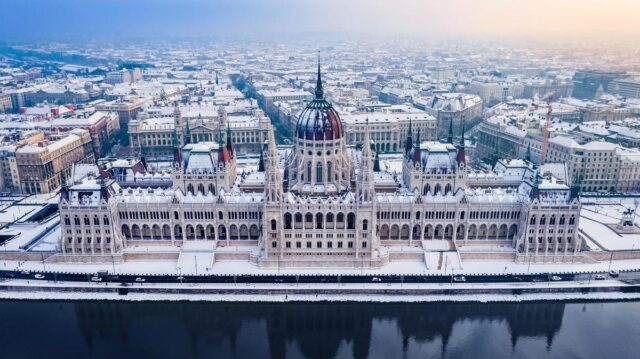 express– Although the world is still fighting through the Covid pandemic, the roll-out of vaccines in the past 12 months has helped to ease the burden on economies. In fact, global finances are predicted to reach a record high in 2022, according to the latest projections. So, with the new year less than a week away, Express.co.uk takes a look at the top 50 global economies around the world.

The Centre for Economics and Business Research (CEBR) is a world leading economic forecaster and analyst.

One of its prominent pieces of work is its annual World Economic League Table which it produces to rank the strongest economies in the globe.

Its data takes into consideration 191 countries and its current estimates have been predicted for as far into the future as 2036.

To date, it’s produced 13 editions of this table, including the latest which gives rankings for 2022.

Below we take a look at which countries make the top 50, as well as where the UK ranks on the global stage.

Topping the list of richest global economies in 2022 is the US.

Last year the US reportedly had a Purchasing Power Parity (PPP), Gross Domestic Product (GDP) of $63,486.

In fact, according to previous editions the country has held top spot since 2006.

However, the company does predict that the US will be usurped as the leading world economy by 2031.

Taking its place will be China, who currently occupy second place in the 2022 rankings.

Although the US will drop a place, it is still predicted to hold second position in the future.

Meanwhile, the country which is scored as the third biggest economy around the globe is Japan.

Once again though, this is expected to change soon, with India – currently in sixth – predicted to take over third spot by 2031.

Where does the UK rank?

The UK makes the top five of the list, but it is not the largest economy in Europe.

Instead, that title falls to Germany which placed one position above the UK in fourth.

Elsewhere, France and Italy are the only other European countries who make the top 10 of the world’s largest economies in 2022.

India, Canada and South Korea are the other countries who make the top 10.

Accordingly, the top 50 global economies, for 2022, are listed in order below:

Looking forward to next year, CEBR predicts global GDP will reach $100 trillion for the first time.

This is despite the ongoing Covid pandemic which has adversely impacted practically all of the world’s economies.

Looking back on 2021 the company estimates that the scale of the economic hit from the pandemic in 2020 seems to have been a little less severe.

Now it suggests that world GDP only fell by 3.2 percent in that year compared with the 4.4 percent fall that had been calculated a year earlier.

Furthermore, world growth is expected to increase at a rate of 4.2 percent next year thanks to positive momentum coming off the back of 2021.