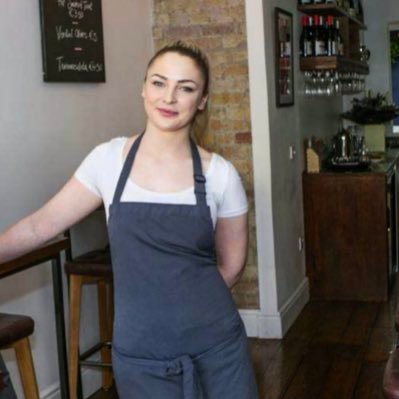 irishtimes – There is a wall of artfully arranged family photos and snapshots of picturesque Leitrim countryside on one of the tastefully whitewashed walls in the new Mae restaurant in Ballsbridge, Dublin 4. Included in the montage is a black-and-white photo of a little girl in a pretty white First Communion dress.

The same girl, now a 30-year-old woman, is standing beside the collection of images, again dressed in white, but this time she is wearing pristine chef’s whites. Gráinne O’Keefe, formerly head chef at Clanbrassil House, is the chef-owner at Mae, named after her late grandmother, and a homage to her and to her husband Eddie, O’Keefe’s grandfather, who died recently.

The restaurant, a bright and airy space above the French Paradox wine shop on Shelbourne Road, opens on Thursday, August 12th. (Reservations go live at noon on Saturday, July 31st.) The set menu, for dinner only, will include bread and butter, snacks, starters, a choice of two main courses, dessert and an optional additional cheese course.

“Modern Irish” with an emphasis on “high-quality produce coming from great Irish producers/suppliers” is how O’Keefe describes what she will be cooking in the newly installed open kitchen at the rear of the upstairs room. There will be 16 seats for now, and two sittings, at 6pm and 8.30pm, with the potential to seat 28 when Covid restrictions are lifted. Outdoor seating, and the communal table in the wine shop below, will see the restaurant and the wine shop collaborate on tasting sessions.

The menu will cost between €55 and €60. Wine pairings – four 10cl glasses – will be at two price points, beginning at €32-€35, along with a more premium option. There will also be an 80-page wine list, with extensive background information on the winemakers, as well as a more concise list chosen to complement the food on offer.

“It wasn’t my plan,” O’Keefe says about the new restaurant. “If you’d asked me this time last year would I open a restaurant, I would have said no. It just felt like restaurants were going through a really, really hard time, and I almost felt lucky that I didn’t own one. But then, when I came to see the place, I decided straight away. As soon as I walked into the room I could see what it could be.”

O’Keefe has invested everything she owns in getting the doors of Mae open, having been offered the lease last year by Tanya and Pierre Chapeau. The Chapeaus had been running both the wine shop and wine bar since 2002; they handed over the wine business to their sons Jacques and Patrick last year. They are now the third generation of the family to trade from the building, as Tanya’s mother ran her GP surgery from the ground floor and lived above.

The two businesses are separate but will complement each other. Julien Chaigneau, who has managed the wine bar at the French Paradox since 2008, will fill the same role at Mae and will be the restaurant’s sommelier. The wine shop, which imports directly from French winemakers, will be the restaurant’s exclusive supplier, and the wine list will be “very heavily French, but if there is a wine I really want and it’s not French, they’re going to get it,” O’Keefe says.

Describing her plans for Mae, O’Keefe says, “I don’t like using the term fine dining. I want it to be somewhere that people in the neighbourhood will come in for dinner and not feel that it’s really formal. She says the food will be “an amalgamation of all the places that I’ve worked and the places I’ve seen”. Cooking alongside her in the kitchen there will be two women chefs, Leticia Cecilia Gama Miranda and Robert Juliana Mananquil. “Not by design, just the way it happened,” she says.

Having worked at the Merrion hotel, and Pichet restaurant, O’Keefe then took on the pre-opening head-chef role at Clanbrassil House. “At Clanbrassil House the food was always very tasty and accessible, and that will carry through here – just a little bit more refined and with less focus on grilling.”

The hash browns with pickled-onion mayo that became a signature dish at Clanbrassil House won’t appear at Mae, “but I am putting a lot of thought into the potato, because there are going to be high expectations”. A pre-opening sample menu lists dishes in the restaurant shorthand style of brioche/chicken liver/truffle; aged Parmesan agnolotti/artichoke/leek; cod/pepper dulse/courgette, and rib eye/morels/tarragon sauce.

If you choose the steak you will also get to choose your steak knife. O’Keefe has commissioned eight Irish knife makers, including Fingal Ferguson, Sam Gleeson and Rory Conner, to make bespoke pieces for the restaurant. The ceramicist Noel Byas, based in Portobello, Dublin 8, has created a range of elegant handmade plates and bowls.

But it was the glassware that she found most difficult to decide on. “I am really obsessed with wine glasses. I have Zalto at home and really wanted them for here,” she says, referencing the brand of delicate Austrian-made glasses, before deciding on Grassl, another Austrian brand.

O’Keefe is looking forward to the autonomy that owning the restaurant will give her, while also acknowledging the presures that are sure to come.

“I think when you’re a chef and you turn 30, you either get married or open a restaurant, and I’m not getting married any time soon,” she jokes. “It’s going to be the absolute best or the absolute worst decision I’ve ever made.”

Anyone who has ever eaten O’Keefe’s food will know the answer to that. 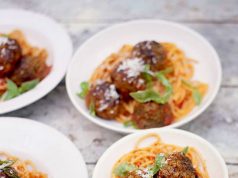 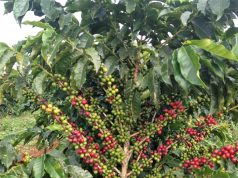 Coffee prices set to soar due to Brazil’s bad weather 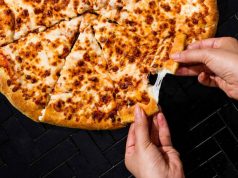