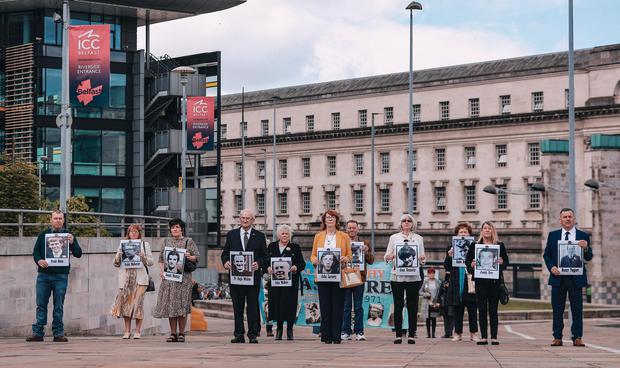 irishtimes– Ten people shot dead in Ballymurphy, west Belfast, in 1971 were “all entirely innocent of any wrongdoing on the day in question”, a coroner has found.

Delivering her findings in Belfast on Tuesday, Mrs Justice Keegan said she hoped the inquests’ findings may deliver some peace for the families.

In seven out of the 10 deaths, the coroner found the force used was “disproportionate”, and in the remaining three she criticised the lack of investigation at the time.

In the 10th case, that of John James McKerr, she said she was not satisfied she could make a determination on the balance of probabilities as to who was responsible for his death.

She said she had been “severely hampered by the inadequacy of evidence at the time” and there had been “abject failure” by the authorities to investigate his death at the time.

Relatives of the deceased, who were present for the findings, applauded as each verdict was read out.

The coroner was broadly critical of the military evidence provided to the inquest, and contrasted the general nature of the evidence provided by British army witnesses and statements with the specific picture painted by local eyewitnesses.

She was also critical of the limited investigations carried out at the time. In one case no contemporaneous evidence statements were collected, and she said the “failure to investigate at the time made my task extremely difficult”.

In regard to the deaths of Francis Quinn and Fr Hugh Mullan on August 9th, the coroner found that both were “innocent men, not armed or acting in any untoward manner” and who had instead gone to help a wounded man.

She said that on the balance of probabilities both were shot by the British army, and their use of force was “clearly disproportionate”.

Of Fr Mullan, Mrs Justice Keegan said she was “quite convinced he was a peacemaker” who was waving a white object when he was shot in the back.

On the deaths of Noel Phillips, Joan Connolly and Daniel Teggart on August 9th and Joseph Murphy, who was shot that evening but died of his wounds on August 22nd, the coroner said there was “no real doubt” in her mind that each of them had been shot by members of the British army’s Parachute Regiment who were situated in the Henry Taggart hall.

She found the use of force was “clearly disproportionate” and the deceased were unarmed and posing no threat.

“They were innocent people”, she said, and this was a “tragedy” for all their families.

In regard to the death of Edward Doherty on August 10th, the coroner found he had been killed by a soldier known to the inquest as M3 who had fired around the area of a barricade using a sterling sub-machine gun after petrol bombs were thrown at the barricade, hitting Mr Doherty.

The coroner said Mr Doherty had been “an innocent man who posed no threat” and who was on the street when he “came across all of this on his way home”.

While the coroner said she was satisfied M3 did hold an “honest and reasonable belief his life was in danger” due to the presence of the petrol bomber, his actions went beyond that and his use of force was “disproportionate” to the risk posed to him.

Of John Laverty, who was shot and killed on August 11th and Joseph Corr, who was shot on the same morning but died on August 27th, the coroner found that there was “no suggestion” they had been shot by anyone other than members of the British army’s Parachute Regiment.

Both were “shot in the back while either crouching, crawling or prone”, she found. It was “wrong”, she said, that these men had been described as gunmen and “these rumours should be dispelled”

She said the investigation into their deaths at the time had been “failed and inadequate” and highlighted a “serious failing”. Because they had not been properly investigated at the time, she said, “valuable contemporaneous evidence” was lost.

Considering Mr McKerr, who was shot on August 11th and died of his wounds on August 20th, the coroner had “no hesitation in stating Mr McKerr was an entirely innocent man who was going to or from work when he was indiscriminately shot on the street.

“There is no evidence to say he was armed or behaving in anything other than a normal way,” she said.

Mrs Justice Keegan delivered her findings from the inquests at the temporary “Nightingale” Lagan Coroner’s Court based in the International Convention Centre in Belfast on Tuesday.

The inquests considered the deaths of 10 civilians shot and fatally wounded by soldiers during the Ballymurphy massacre between August 9th-11th, 1971.

They included the parish priest, Fr Hugh Mullan, who waving a white cloth as he went to help a wounded man, and Joan Connolly, a mother of eight who was shot as she went to the aid of a fatally-injured 19-year-old, Noel Phillips. An 11th victim, Pat McCarthy, died of a heart attack.

The original inquests, in 1972, returned “open” verdicts. Following a campaign by the victims’ families, the North’s attorney general granted a request for fresh inquests in 2011.

The inquests opened in November 2018 and concluded in March 2020 after hearing more than 100 days of evidence, the longest-running inquests in Northern Ireland’s history.

Eyewitnesses, forensic experts, the former Sinn Féin president Gerry Adams and more than 60 former soldiers – including the former head of the British army General Sir Mike Jackson – were among those who gave evidence.

The scope of the inquests focussed on understanding the events that occurred in Ballymurphy in August 1971 in regards to matters relating to each of those who died.

Their deaths took place amid serious violence which took place following the introduction of internment without trial on the morning of August 9th.

The topics considered by the inquests included the circumstances in which each of the victims died; details about the purpose, planning and control of the British army operation that was taking place in Ballymurphy at the time; the use of lethal force during the operation; the extent of public disorder and paramilitary activity in the area at the time; and access to emergency medical care.

At the time, the British army claimed the victims had either been gunmen or had been killed in crossfire during a gun battle. Their families and local eyewitnesses have always maintained they were innocent, unarmed civilians who were shot without justification. 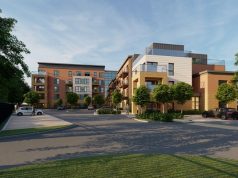 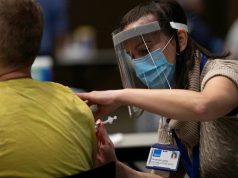 Uptake of Covid-19 vaccines in Ireland the ‘envy of Europe’ 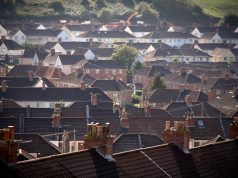