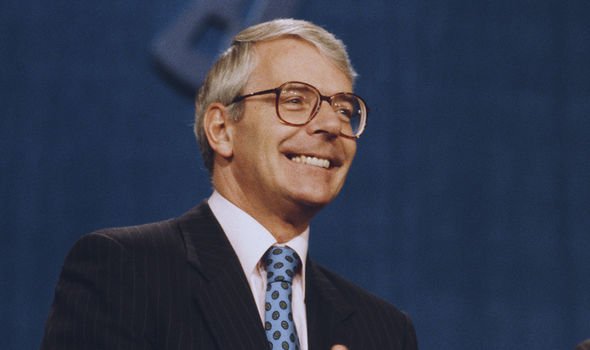 express– The issue remains one of the key remaining sticking points in negotiations with neither side willing to back down on their demands. Mr Redwood said there were growing fears of another sell-out of the British fishing industry. But he warned the Government it must not back down to pressure from Brussels just to avoid a no deal Brexit when the transition period expires in just five weeks.

Writing on his own website, the Tory former minister said: “They must of course hold firm in negotiations and refuse to make any sacrifice of our fish.

“A Free Trade Agreement makes sense for the EU, so there is no need to sweeten the deal with a gift of fish.”

But he added: “If the industry is as unimportant as they say it is to us, why would the EU be so keen to win concessions on it?

“Isn’t the truth that it is small today for the UK only because most of our fish are taken by continental boats and often taken away for processing far from our shores?

“Fish is one of many important wins from Brexit for the UK.

“It is also totemic, because most agree our membership of the EEC, now the EU, came with the sacrifice of our once large and healthy fishing industry.

“We have gone from good surplus and plenty of stock in our seas, to overfishing from abroad and an astonishing net deficit in fish.”

Mr Redwood said he was sending the Government a four-point proposal of policies it should now focus on introducing the help British fishermen.

He is calling for the creation of free ports, including Britain’s best fishing harbours, with favourable tax and regulatory conditions to found and grow a high quality food processing industry on the back of more landed fish.

He also wants ministers to offer a fund to finance or guarantee finance on the purchase of new vessels from a UK yard or second hand vessels from a non-UK owner to help a rapid expansion of the UK fishing fleet.

Mr Redwood said the Government should provide more training and training support packages to people wishing to work in the UK fishing industry.

And he is also urging the addition of Enterprise Zones to UK free ports, encouraging food manufacturers to create new recipes, provide frozen products and help identify new markets for export and the domestic market.

He told Sky’s Sophy Ridge On Sunday: “On fishing there’s a point of principle. A as we leave the EU we’re going to be an independent coastal state and we’ve got to be able to control our waters.”

Mr Raab said the UK recognised the impact on other countries, but said: “I think the answer is ‘can the EU accept that point of principle which comes with us leaving the political club?’.”

Reports last week suggested EU chief negotiator Michel Barnier said Brussels could accept a 15 percent to 18 percent cut in its share of fishing rights in UK waters, but British officials were said to have immediately rejected the offer.

A Government source said: “These figures are risible, and the EU side know full well that we would never accept this.

“There seems to be a failure from the Commission to internalise the scale of change needed as we become an independent nation.”