TOKYO: Voters in Tokyo went to the polls on Sunday (Jul 5) to elect their governor, with incumbent Yuriko Koike forecast to clinch a victory, as Japan's capital struggles with rebounding coronavirus infections and prepares for next year's Olympics.

Cases of the virus that causes COVID-19 rose for a fourth straight day to a two-month high of 131 on Saturday, the third day in a row over 100. The metropolis accounts for 11 per cent of Japan's population, but has represented half of the country's daily infections in recent weeks.

Koike, who became Tokyo's first woman governor in 2016, saw her popularity surge this year as her straight-talking approach to the outbreak won the public's support.

"I think she has been working hard on the coronavirus. As a woman, I want her to keep on doing a good job," Tomiko Kawano, 80, told Reuters after voting for her.

The winner of Sunday's election will face a difficult task of trying to curb the virus without overly stifling business in the capital, which accounts for about 20 per cent of Japan's economy. 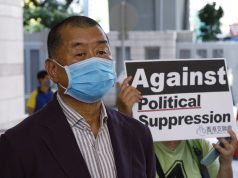