An old Scotch whisky favourite is being given a fresh image from next month.

The Macallan has unveiled a bold new look across its range of single malt whiskies that will begin rolling out globally from April.

Taking inspiration from The Macallan Rare Cask and Rare Cask Black packaging, the new bottle design is broad-shouldered, with a distinctive chevron cut into the bottle as it tapers toward the neck. The outer packaging design has also been updated and, crucially, the new bottles boast an anti-refill enclosure and anti-counterfeit technology to ensure that consumers are protected at the point of purchase.

Glen Gribbon, marketing Director at The Macallan said: With this bold new design we want to do justice to the extraordinary whisky inside the bottle which, of course, is what we at The Macallan and every whisky fan worldwide really cares about.

We think the new bottle looks as good in a world-class bar as it does on a table at home being shared with friends. In addition, we have invested thousands in developing anti-refill and anti-counterfeit technology to help protect consumers.

The redesign comes as The Macallan, following feedback from customers and consumers, refines its portfolio to showcase a whisky for every occasion.

The Fine Oak range – launched in 2004 and matured using ex-bourbon casks as well as American and European Sherry-seasoned casks – will be renamed Triple Cask Matured. This renaming brings it in line with Sherry Oak and Double Cask.

Glen continued: We want to make it easy for our fans to select a whisky thats right for them. What could be simpler than one, two, or three cask types?

By consolidating our core range to Sherry Oak, Double Cask and Triple Cask Matured were able to highlight the variety of whisky coming out of our distillery and also to encourage new and existing fans to try The Macallan across a variety of occasions.

To ensure global consistency around the cask-focused portfolio, The Macallan 1824 series will be discontinued. The Macallan Gold will be brought into the Double Cask range as Double Cask Gold and The Macallan Amber and Sienna are removed from production. Double Cask 12 years old has been a global success for the brand since launching in 2016 and there are plans to release higher strength and higher age variants in the future.

The post The Macallan unveils a new look – but the same taste appeared first on Scottish Field. 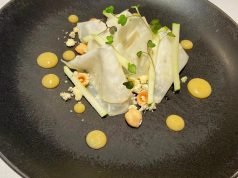 Fit for a monarch? Lucinda O’Sullivan reviews the new menu in the revamped surrounds of The Queens in Dalkey 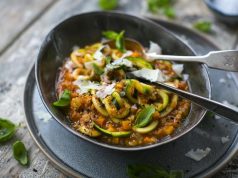 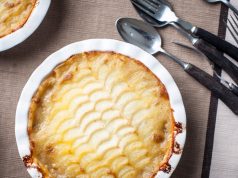