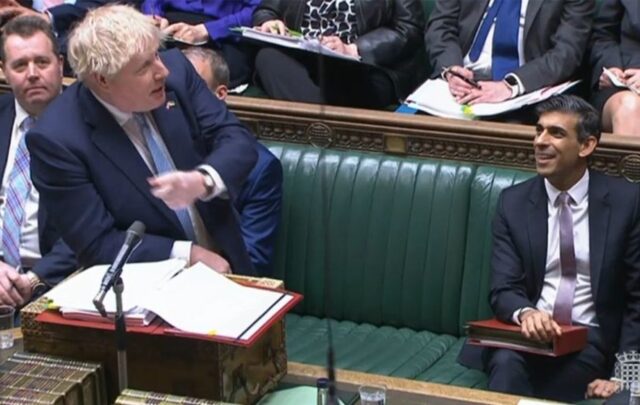 Prime Minister Boris Johnson and Chancellor Rishi Sunak have been told they will be fined as part of a police probe into allegations of lockdown parties held at Downing Street.

A No 10 spokeswoman said: “The Prime Minister and Chancellor of the Exchequer have today received notification that the Metropolitan police intend to issue them with fixed penalty notices.

The Prime Minister’s wife, Carrie Johnson, has also been notified that she will receive a fixed penalty notice following allegations of lockdown parties in Downing Street and Whitehall, a spokesperson for Mrs Johnson has said.

“We have no further details, but we will update you again when we do.”

Labour leader Sir Keir Starmer has called on both the Prime Minister and Chancellor to resign.

Sir Keir said: “Boris Johnson and Rishi Sunak have broken the law and repeatedly lied to the British public. They must both resign.

“The Conservatives are totally unfit to govern. Britain deserves better.”

Scottish First Minister Nicola Sturgeon tweeted: “Boris Johnson must resign. He broke the law and repeatedly lied to parliament about it.

“The basic values of integrity and decency – essential to the proper working of any parliamentary democracy – demand that he go.

“And he should take his out of touch chancellor with him.”

Bereaved families have said there is “simply no way” the Prime Minister and Chancellor can continue in post, after the pair were told they will be fined as part of a police probe into allegations of lockdown parties held at Downing Street.

Lobby Akinnola, spokesman for Covid-19 Bereaved Families for Justice, said Boris Johnson and Rishi Sunak “broke the law” and “took us all for mugs”.

He said: “There is simply no way either the Prime Minister or Chancellor can continue.

“Their dishonesty has caused untold hurt to the bereaved.

“Not only that, but they have lost all credibility with the wider public, which could cost lives if new variants mean restrictions are needed in the future.

“If they had any decency they would be gone by tonight.” 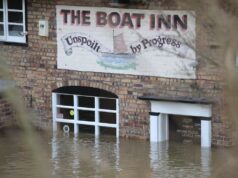