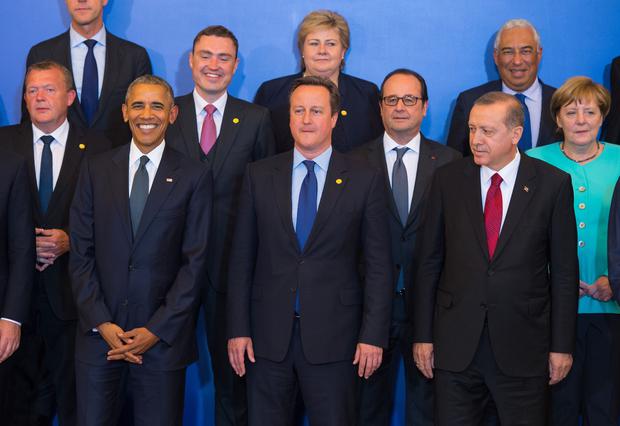 Mr Erdogan had been in office for more than two years when Mrs Merkel came to power in 2005.

Since then, they have built a relationship based on pragmatism that has weathered several crises.

“I hope that our successful work with Mrs Merkel will continue in the same way under the new government,” Mr Erdogan said at an Istanbul news conference.

The leaders discussed Turkey’s relations with Germany and the European Union, as well as Syria, Libya and the eastern Mediterranean, where Ankara’s interests have collided with Europe’s.

However, Mrs Merkel has often adopted a conciliatory approach to Turkey, emphasising the common interests of Turkey and the West.

After admitting hundreds of thousands of refugees to Germany in 2015, she stressed Turkey’s role in preventing a repeat of such large-scale migration to Europe and helped engineer a deal for Turkey to stem the flow of people seeking to cross the Aegean Sea.

The topic of migration dominated the leaders’ comments on Saturday.

Mrs Merkel promised that EU support for Turkey, which hosts 4 million refugees, would continue and said the incoming administration in Berlin will value ties with Turkey.

Germany’s political parties are holding talks on a new coalition government since an election in September, and Mrs Merkel is staying on in a caretaker role until that government is in place.

“We always have common interests, and that’s how the next federal government will see it,” she said.

Mr Erdogan thanked his guest for her “positive contributions” in Turkey’s long-running bid for EU membership and her support for the three million-strong Turkish community in Germany.

Relations with Turkey proved one of the toughest areas for Mrs Merkel during her 16 years in office, especially as Mr Erdogan ramped up attacks on European leaders while overseeing growing authoritarianism at home.

Germany has voiced concerns about the influence of Turkish institutions within its borders and banned Turkish politicians from campaigning in 2017, leading Mr Erdogan to compare German officials to Nazis.

There are concerns in Ankara that the next German government will be less tolerant of such differences.