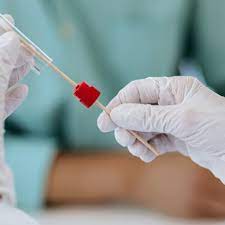 irishtimes– Fears are growing that Ireland could have up to 2,000 cases of coronavirus a day by the end of the month amid an earlier-than-expected surge caused by the Delta variant, causing “exceptional” growth among younger people.

Minister for Health Stephen Donnelly yesterday warned the Seanad of “roaring” case growth. He told The Irish Times that modelling by the National Public Health Emergency Team (Nphet) shows “a wide range of cases for the end of July, with the maximum being around 2,000 cases a day”.

Another senior Government source said the threshold of 2,000 cases a day could in fact be breached earlier than the end of the month. While sources said the link between cases, hospitalisations and deaths would be weaker than in previous surges, it has sharpened the focus on the race between vaccines and the Delta variant. A return to January levels of pressure on healthcare is not countenanced, but political sources are increasingly wary of the impact of infections – especially among the unvaccinated – on hospitals.

If cases hit 2,000 per day, hospital admissions could be in the region of 40 per day, with four to five deaths, Coalition figures believe.

Sources said charts showing growth among 16 to 18-year-olds are “vertical”. Nphet member Prof Philip Nolan said case growth in this age cohort was “exceptional”, while rates among 19 to 24-year-olds are also moving quickly.

Mr Donnelly urged people to act in line with public health advice, emphasising the serious risks, especially for the unvaccinated: “It’s time once again to be super careful.”

As the Oireachtas rose for its summer break against the backdrop of rapidly rising infections, sources said the Government plans to move ahead with the reopening of indoor dining for vaccinated people and resumption of international travel. Discussions on reopening with the hospitality sector will continue next week, with one source describing them as “tetchy”, and another saying there is “much to conclude”, with issues around how entrance and verification of virus status would be managed.

It is understood that latest modelling, which has incorporated the pace at which Delta is surging as well as the impact of vaccination, has shown an improvement in the outcomes associated with worst-case scenarios, but the best case scenario is disimproving.

A source said that the spike in infections was expected, but it is happening about two weeks sooner than anticipated and is moving more quickly.

A further 1,173 infections were reported in the Republic on Friday, with 79 patients in hospital and 23 in intensive care. State chief medical officer Dr Tony Holohan said just over 50 per cent of Friday’s cases were in those aged between 19 to 34-years-old. In Northern Ireland a further 1,380 people tested positive for coronavirus.

HSE chief executive Paul Reid said there is concern about rising case numbers, even though vaccines provided a “strong line of defence that we didn’t have previously”.

Niamh O’Beirne, the HSE lead on contact tracing, said demand for testing and tracing services was increasing. Ms O’Beirne said antigen testing would be used for close contacts, if required. She said the wave associated with Delta “may be greater than all the other waves we have had previously”.

A Department of Health source said there is “concern but not alarm” at current trends. Mr Donnelly said that possible death rates for just three months range between 335 and 1,760 people.

“In the War of Independence about 2,300 people died… to put it in context.” He told the Seanad: “We don’t know how bad it’s going to get.”