irishtimes– A vaccine compensation scheme ought to be established as “a matter of urgency”, an expert group has told the Government.

The group, chaired by Mr Justice Charles Meenan, was set up in 2018 to examine alternative systems for dealing with clinical negligence claims arising from the CervicalCheck scandal.

The report, which was published on Wednesday, “accepts that there is a strong moral argument that the State, which actively encourages vaccination, should accept responsibility for those who suffer harm as a result”.

“There are also pragmatic reasons to support the establishment of a compensation scheme, namely: to maintain vaccination uptake rates, inspire confidence amongst the population and to maintain the supply of vaccines from manufacturers who may be concerned about liability and costs,” it continued.

The report added that the urgency with which the compensation scheme ought to be established “has been highlighted by recent publicity and public commentary concerning certain vaccines”.

Members of the expert group expressed different views as to what the appropriate level of compensation ought to be.

The reason for this was that an ex gratia scheme would relieve claimants of the heavy onus of having to prove liability, but at the same time they would not lose their entitlement to bring court proceedings.

“In order to be effective, the awards made by an ex gratia compensation scheme would have to be reasonable, based on proven loss,” it said.

Minister for Health Stephen Donnelly and Minister for Justice Helen McEntee have received the report and both will return to Government following further consideration of the recommendations proposed.

Earlier this week, Taoiseach Micheál Martin said both Ministers were working on a vaccine compensation scheme after he was challenged about the indemnity offered to pharmaceutical companies developing the Covid-19 vaccine.

He said the Cabinet agreed a compensation scheme would be developed after considering the Meenan report.

More generally, the expert group said it was “firmly” of the view that the current legal system “urgently requires reform”.

“Many of the defects in our current system stem from the fact that the system, essentially, treats all personal injuries claims in the same way,” it said.

“For example, there is no proper differentiation between a claim arising out of a road traffic accident and a claim arising from catastrophic injuries suffered by a baby during birth.”

The group also considered the role of the HSE in the provision of care packages that address the needs of persons affected by clinical negligence.

The HSE provides support to children with complex medical conditions, including those arising from catastrophic birth injuries, based on need rather than cause of injury and independent of any establishment of negligence.

However, what is provided is subject to funding constraints and the availability of services geographically.

The group said it was of the view that a wider availability of supports and care packages, to those who suffer injury or disability as a result of alleged clinical negligence, could have the effect of reducing claims.

Such supports and care packages would be available irrespective of how the injury or disability was caused.

“Unfortunately, financial constraints can often act as a barrier to providing these supports,” it said.

“It is the case that the HSE cannot match, in its support and care packages, that which would be provided for in a court award. However, the expert group is of the view that it must be the aim to close the gap between what the HSE can offer and what a court would award.” 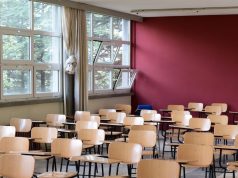