independent– For most Britons, the impact of the UK’s transition to Brexit will first be noticed when they go to the supermarket to stock up on food and drink after the festive break.

With or without a deal, departure from the EU’s single market and customs union is likely to mean stores having to raise prices and may leave them with gaps on the shelves as supplies of certain foods run short.

The UK imports around 45 per cent of its food, with 26 per cent coming from the EU and the remainder from the rest of the world. European imports come mainly from the Netherlands (14 per cent of the total value of EU goods), Germany (11 per cent), Ireland (10 per cent) and France (10 per cent).

That makes Britain vulnerable to the disruption in the flow of traffic from the continent which the government admits is likely due to the additional red tape resulting from Brexit, including more than 200 million extra customs declarations annually.

If no free trade agreement is secured and ratified by 31 December, tariffs averaging 18 per cent will be imposed on food and drink imported from the continent, with retailers likely to pass some if not all of this additional cost onto consumers.

An 18 per cent hike on products making up around a quarter of the typical shopping basket would push the UK’s average £45-a-head weekly spend on food and drink up by around £2.

At the same time, no-deal would mean additional costs averaging 23 per cent on sales to the EU, making UK food and drink exporters less competitive and eating into their profits.

The Food and Drink Federation’s head of international trade Dominic Goudie described a no-deal outcome as “catastrophic” for UK supply chains, and said it was “highly likely” that any additional financial burdens would have to be passed on to consumers.

But even if Boris Johnson gets a deal with Brussels, there will still be a big financial burden on importers and exporters from extra red tape, including customs declarations, health certification and rules of origin checks. If passed on to customers, this alone could push prices up by 3 per cent.

Any rise in food prices will hit the poorest hardest, as food purchases make up the largest proportion of their spending.

And with or without a deal, delays are expected at key ports like Dover and Folkestone, with the government’s own worst-case planning scenario suggesting traffic across the straits could be reduced to 60-80 per cent of normal levels, with waits of as much as two days.

UK authorities have deferred the full implementation of new paperwork to July, and can be expected to wave food deliveries through where possible.

So initially at least, queues of lorries are more likely to be seen on the Kent side of the Channel than in France.

However, any delays will put consignments of perishable goods like seafood and salads at risk.

And there are fears that a proportion of EU-based hauliers will be discouraged by the additional friction from making the trip to the UK at all, cutting the total amount of produce arriving from Europe.

While no one expects an overall food shortage, it is possible that particular products will be harder to find. Britain relies on European trade for most of its onions, mushrooms, tomatoes and salad, and for a critical portion of many other vegetables and fruits.

Meanwhile, failure to resolve issues relating to organic produce could mean UK suppliers being frozen out of the EU and Northern Ireland markets.

Mr Goudie said that delays are “inevitable” and warned that stockpiles of produce in the UK are currently low as a result of the coronavirus outbreak.

“While our industry has demonstrated remarkable resilience during the Covid-19 pandemic, many businesses have used up stockpiles that had been built for a no-deal Brexit to cope with increased demand,” he said.

“Staff have also been redeployed to respond to the Covid-19 crisis and as a result many businesses have fewer available resources to dedicate to preparing for the end of the transition period.

“While we are working closely with the UK government to highlight the issues at stake for food and drink, we are deeply concerned that even a thin Brexit deal will mean impossible deadlines for UK manufacturers that depend on highly integrated UK-EU just-in-time supply chains.”

The FDF is calling for an amnesty period following the formal transition to post-Brexit arrangements on 31 December, to allow companies time to make changes in areas like food labelling and new border requirements.

“Failure to do this will undermine choice and value for UK shoppers,” said Mr Goudie.

“We anticipate impacts on product availability and on prices but it is hard to predict what that will look like as the added trade friction is likely to lead to a mixture of over and under-supply which will be equally damaging for manufacturers.”

Uncertainty is greatest in Northern Ireland, with goods traveling from the British mainland subject to new customs and health checks on arrival.

Under the terms of the Northern Ireland Protocol signed by Mr Johnson in 2019, these measures are required for any goods which could enter the EU by crossing the border into the Republic.

The UK government has claimed the EU could use the protocol to impose an effective blockade on food supplies to the North, and has threatened to breach international law to prevent this happening. 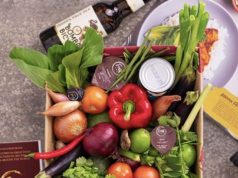