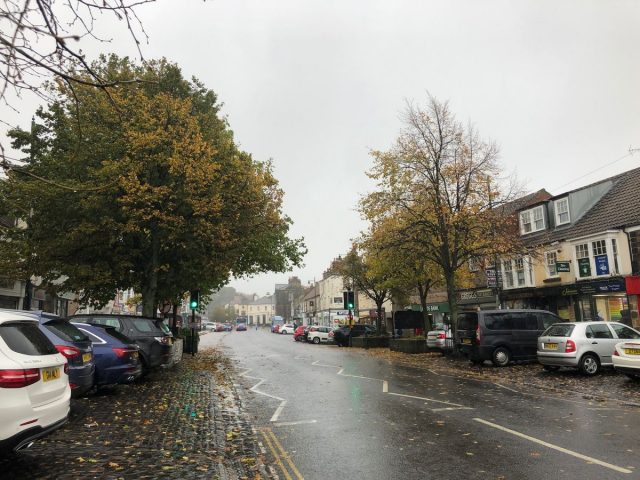 standard– London today appeared to be heading for a return to Tier 2  restrictions when lockdown ends.

The change on December 3 is expected to mean that non-essential shops, restaurants, pubs and gyms can reopen in the capital.

However, despite early signs that infection rates in the city are starting to fall, the restrictions will be tighter than under previous Tier 2 rules as the Government seeks to keep the R number for transmission below 1 so the disease is on the decline.

Boris Johnson is due to announce on Thursday which tier different parts of the country will be put in.

Read about the new rules here

No decisions have been taken yet on which tier London ends up in and this could still depend on whether there is any significant change in the epidemic’s course in the city in coming days.

London community leaders are yet to make their recommendation to the Government on what tier they think is most appropriate, but Mayor Sadiq Khan is calling for the capital to be put into Tier 2. There would be a ferocious backlash from some MPs and business chiefs if the capital was put into Tier 3.

Jace Tyrrell, chief executive of New West End Company, said: “Reopening in a safe and sustainable way from  3 December is vital to ensure that retailers and leisure operators get the best possible opportunity to make up some of the billions in lost trade this season.

“In order for this to be most effective, we hope the Government recognises the latest figures we have seen in the capital and will see fit to place London at the very least in Tier 2, if not Tier 1.”

Noam Bar, director of Ottolenghi, said: “We have learnt to live with Tier 2, though of course Tier 1 is preferable both for us as a business and for the Government — on Tier 1 we’d employ more staff and pay more taxes.”

Some MPs are calling for the tier system to be decided borough-by-borough, though health chiefs say this would be very difficult in London given the work and lifestyle travel patterns of Londoners.

Mr Johnson told MPs on Monday, from self-isolation in Downing Street, that non-essential shops can open in all three tiers after the current restrictions expire on December 2.

Pubs and restaurants will still be under strict new measures, with businesses in the new Tier 3 only allowed to offer takeaways; those in Tier 2 must serve sit-down meals with any drinks.

The 10pm curfew will be eased, with last orders being called at 10pm, but people getting an extra hour to finish their food and drinks, with opening hours extended until 11pm.

The Prime Minister and leaders of the devolved nations have also announced that three households across the UK can form a bubble to mix over a five-day period around Christmas. However, Mr Johnson faces a potential revolt from dozens of Tory MPs opposed to a tightening of the tier system unless it can be shown to be doing more good than harm.

Health Secretary Matt Hancock said the Government was adopting a more “calibrated” approach to the tiered system but it would have to be “stronger”.

“Managing to open retail would have a big positive effect on the economy and we think we will still keep R below 1 and the number of cases coming down,” he added. He insisted that strict Tier 3 restrictions in Liverpool, combined with mass testing, had succeeded in reducing Covid-19 cases by two thirds.

Mr Khan appealed to Londoners not to flout social distancing guidance as the country is buoyed by good news on Covid-19 vaccines.