Moscow has recognised as legitimate disputed elections in which the Belarusian strongman claimed a sixth term, while opposition challenger Svetlana Tikhanovskaya has declared herself the true winner.

Now the two governments have announced high-level political and military meetings in the coming days.

Prime Minister Mikhail Mishustin will arrive in Minsk on Thursday. He will be the most senior Russian official to make a public visit since the political crisis broke out over disputed presidential polls on August 9, with economic aid likely to top the agenda.

The Kremlin earlier this week announced that President Vladimir Putin would host Lukashenko in the coming weeks.

Russia has close ties with Belarus and props up Lukashenko's regime, in place for 26 years, with economic support.

President Vladimir Putin is keen to fully unify the countries, a project Lukashenko has opposed. But Moscow has accompanied its offers of military aid with calls for tighter integration.

Belarusian Defence Minister Viktor Khrenin is due to arrive in Moscow on Friday for a meeting of ex-Soviet defence chiefs.

Russian Foreign Minister Sergei Lavrov made his most extensive comments on the crisis so far at a meeting with his Belarusian counterpart Vladimir Makei in Moscow on Wednesday.

He vowed that Moscow would "firmly respond" to any attempts to "sway the situation" in Belarus, accusing Moscow's foes of attempting to "tear Belarus away from Russia" and undermine their shared union state, which includes economic and military ties.

Lavrov also backed a proposal for constitutional reforms that Lukashenko has raised, while giving few details of what this would entail.

Lavrov acknowledged that many protesters are peaceful but alleged that foreign groups, particularly from nationalist groups in Ukraine, were pushing to spark violence.

He accused the European Union and NATO of "destructive statements" after NATO chief Jens Stoltenberg urged Russia not to "interfere" in Belarus and the EU agreed to draw up a list of people to target with sanctions.

Russia's top diplomat also ruled out the possibility of negotiation with the opposition's Coordination Council, set up to organise a peaceful handover of power, as its leaders have proposed.

"We think there's no point in meeting," Lavrov said.

One of the council's most prominent members, former diplomat and arts minister Pavel Latushko, said Wednesday that he had left the country for Poland and Lithuania, where he will meet Tikhanovskaya, who has taken shelter there.

"When I'll come back to Belarus, I don't know," he said, after being summoned for questioning along with other members in a criminal probe that the authoritRead More – Source 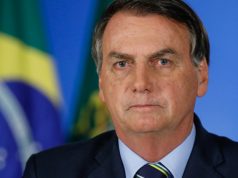