British MPs are backing e-cigarettes as a public health fix to help traditional smokers kick the habit — and are eyeing Brexit as the perfect opportunity to boost the industry.

In a ringing endorsement of vaping, MPs in the U.K. parliaments science and technology committee said Friday that e-cigarettes are around 95 percent less harmful than traditional cigarettes and should be strongly promoted as an alternative, despite some uncertainties over the long-term health risks.

The committee recommended the U.K. reduce taxes on e-cigarettes and allow vaping in places where smoking is banned, such as mental health treatment facilities — as well as loosen restrictions on advertising and labeling, which will become possible when Britain exits EU regulations governing tobacco products after March 2019.

Many big tobacco companies have already moved into selling e-cigarettes alongside traditional cigarettes. The electronic devices deliver a nicotine hit by heating a tank of liquid containing the addictive chemical to create a vapor that can be inhaled — meaning they dont contain as many cancer-causing substances as normal cigarettes.

Public Health England estimates e-cigarettes could be contributing to 20,000 successful quits per year.

“Even if we dont know all of the long-term consequences … It is a known fact that 79,000 people die [of smoking in the U.K. each year],” said Liberal Democrat MP Norman Lamb, who chairs the House of Commons committee. “Being equivocal about [e-cigarettes] results inevitably in fewer people switching, which guarantees that more people will die of smoking. Can we morally justify that given the known facts and given what the scientists are telling us about the relative harm?”

The committees stance is striking given the cautious approach being taken by politicians in other countries. Australia has banned e-cigarettes outright and the United States government has raised concerns about their long-term risks and attractiveness to kids. The European Tobacco Products Directive limits the size, strength and advertising of e-cigarettes across EU countries.

But U.K. health officials have been forging a path toward support for vaping since an independent review by Public Health England determined in 2015 that e-cigarettes are “around 95 percent safer” than traditional cigarettes. After a 10-month inquiry, MPs concluded the scientific evidence overwhelmingly supports e-cigarette use for the sake of public health — even going as far as to suggest devices should be made available via prescription through the National Health Service.

“The British health system is quite rightly being led by the evidence rather than knee-jerk reaction,” said James Hargrave, a spokesperson for the U.K. Vaping Industry Association. “Other countries are being overly cautious around the use of vaping products fearing that it might encourage more people into smoking, which there is no evidence to suggest at the moment.”

The committee said Europes Tobacco Products Directive, which has governed the sale of e-cigarettes in Britain since 2016, is not evidence-based and has hindered the use of vaping as a safer alternative to carbon monoxide and tar-filled smokes. Around 2.9 million adults in the U.K. use e-cigarettes; 7.4 million people smoke, with Public Health England estimating e-cigarettes could be contributing to 20,000 successful quits per year. 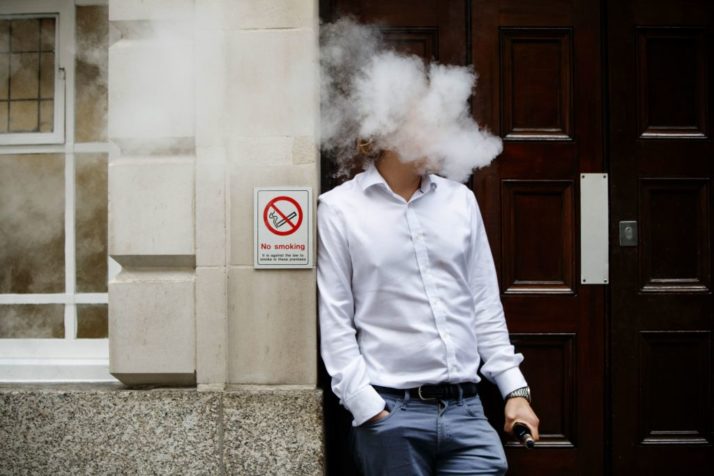 The first e-cigarette was approved for sale in the U.K. in 2007 | Tolga Akmen/AFP via Getty Images

“If Brexit wasnt happening the process would be to seek to influence the EU to review the evidence,” Lamb said. But after the countrys exit from the bloc, “obviously we are free to reach our own decisions on public health-related regulation. We should take advantage of that,” he said.

The one question mark is over long-term effects, since e-cigarettes have only been in use for under a decade, MPs said.

The first e-cigarette was approved for sale in the U.K. in 2007. Since then the U.K. market size has grown to an estimated £725 million in 2018, according to ECigIntelligence, with vaping-specific companies such as JUUL and big tobacco firms such as British American Tobacco and Philip Morris selling such products.

Some researchers say thats a reason to be even more cautious about the short-term benefits when so little is known about the long-term risks. It took more than two decades to prove a link between smoking and lung cancer, said David Thickett, a professor of respiratory medicine at the Institute of Inflammation and Ageing at the University of Birmingham.

“Smoking takes a long time to do damage,” he said. “Were 5 to 10 years into e-cigarette history. Weve got another 10 to 20 years before we can say whats true.”

Thickett is the lead author of a laboratory study published this week which concludes e-cigarette vapor has the potential to damage lung tissue in the same way as traditional cigarettes and could cause chronic lung disease over decades, though it said long-term studies are needed.

MPs asked the government to support a long-term research program to assess the effects of both e-cigarettes and newer heat-not-burn products.

But written evidence submitted by Public Health England and the Medicine and Healthcare Products Regulatory Agency to the MPs inquiry noted the levels of carcinogenic chemicals in e-cigarettes are “substantially lower” compared to tobacco smoke and there are “substantially decreased” detection of these chemicals in the blood and urine of people who vape.

Hazel Cheeseman, director of policy at the campaign group Action on Smoking and Health, said its a matter of relative risk, and said its impossible to know what e-cigarette use patterns will look like two decades from now.

“Its not about saying these are zero risk products, its about saying that theyre very much safer than smoking,” Cheeseman said. “The question that we wont be able to answer until we get there is what proportion of the people who use e-cigarettes to quit smoking will continue then to use them for many decades.”

MPs asked the government to support a long-term research program to assess the effects of both e-cigarettes and newer heat-not-burn products, which heat chemicals to a lower temperature.

The government should dramatically loosen the rules on advertising and packaging after Brexit to allow e-cigarette makers to put health claims on products, MPs said. One of the biggest obstacles for health campaigners right now is being able to communicate the message that e-cigarettes are “less harmful,” due to restrictions imposed by the Tobacco Products Directive, according to Lamb.

The directive bans any e-cigarette advertising that would be considered to have international reach, such as newspapers, television or radio, although localized ads such as on billboards or buses are allowed. That means that even though Public Health England and the National Institute for Health and Care Excellence have endorsed e-cigarettes to reduce harm, that message cant be widely advertised.

“How daft is that? [We] either believe Public Health England or we dont,” said Lamb. 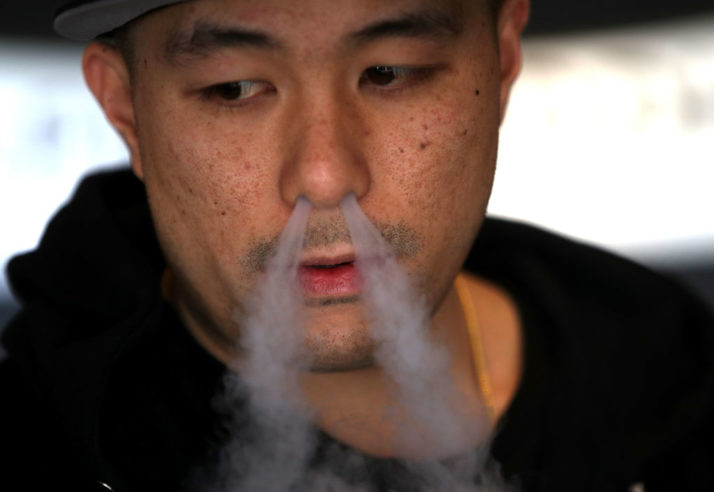 There is some concern that more adverts coupled with a flood of new products on the market might increase the appeal of e-cigarettes among minors or people who otherwise might not consider smoking.

In the United States, the government cracked down in April on retailers selling the JUUL e-cigarette to minors, and probed the way the company markets its products. Sales of the device, which is smaller and more discreet than other vaping products (it resembles a USB drive) and comes in exotic sounding flavors such as “glacier mint,” “apple orchard” and “mango nectar,” started in the U.K. last month.

“All of these things need to be closely monitored and we need to be constantly reviewing the evidence on youth uptake,” Lamb said.

But MPs concluded, “Concerns that e-cigarettes could be a gateway to conventional smoking, including for young non-smokers, have not materialised,” and described e-cigarettes as “a key weapon in the NHSs stop smoking arsenal.”

They recommended NHS England appoint someone to oversee the agencys work on e-cigarettes and tobacco control.

The government will likely issue its response within two months. 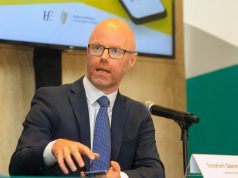