Britain’s Prime Minister Theresa May has denied she begged the European Union (EU) for the UK to have extra time as a member state.

An angry May stared down MPs as they implied she had botched the snap election in June, and was ultimately forced to go cap-in-hand to the EU to ask for a transition period of two years so the break can be instituted piece by piece.

At a meeting of the Liaison Committee, May appeared to be furious at MPs. Labour’s Yvette Cooper labelled the Brexit team’s Irish border ideas “baffling”. Shaking her head and glaring over her glasses, May defended her negotiation strategy after it was suggested the EU’s lead negotiator Michel Barnier was calling all the shots.

“We are going into a negotiation,” May said.

“What I would say is that the City of London is obviously important to us here in the UK, but actually it is of significant importance to the rest of the EU as well. I think as we come into discussions, there will be a greater recognition of the role the City plays in financial provisions for Europe as a whole, not just the UK.” 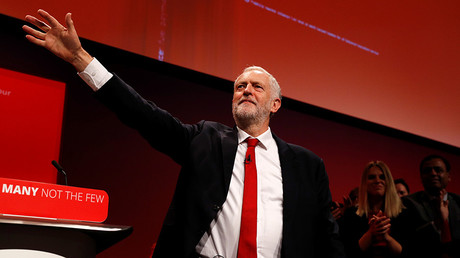 May was also defensive over the Irish border and the concessions she made to the EU, ensuring the UK’s only land border with the EU is not a so-called hard border. Energy Select Committee chairman Angus MacNeil claimed May wasted time on an election which cost her the majority in the House of Commons. He believed she was begging Barnier for help.

“I have not begged the EU for two more years,” May insisted. The angery PM said the transition had been under consideration before Britons went to the polls, and had been dreamt up to support businesses to ensure a deal can be struck.

“This is not two more years to negotiate with the EU. This is two years when practically both businesses and governments will be able to put in place the changes necessary to move from the current relationship to the future partnership we will have,” she said.

When she was pressured on trade, May attempted to counter with claims that Brexit staff are “working to” having a deal on the table before March 19, 2019. She also dismissed claims that trade deals cannot be easily formed with 94 countries which are either members of the bloc or have trade agreements with it.

She said: “I and others have made the point in the past that of course we start off at a different point from other third countries… Because we're already a member and already trading with them on a particular basis.”

“As you will know full well, we can't legally sign the new trade agreement with the European Union until we're a third country, until we're out of the European Union – March 29 2019 – but I believe we can negotiate that arrangement in that time. The reason I'm confident that we can do this within the time concerned is because we start off from a different point.”

“So we haven't got a situation where country A is coming to negotiate with the EU not having had any arrangements with the EU before,” she said.

“We come from the point where we're actually a member of the European Union, we're operating on the same basis at the moment, and therefore I think that starts us off from a different position in terms of our negotiations on trade in the future,” May said.

The post ‘I have not begged’ Furious Theresa May denies UK went cap in hand to the EU appeared first on News Wire Now.