A father has been jailed after he shook his daughter to death because he was struggling to cope with a change in shift patterns.

Arunas Guzas, 40, shook baby Milana when he was left alone with her while he was at home after working nights.

She was taken to Queen Elizabeth Hospital in King’s Lynn, Norfolk, before being transferred to Addenbrookes, Cambridge, on March 2.

She suffered irreparable brain damage along with injuries to her retinas, ribs and arms.

Staff became suspicious when he kept giving different accounts about how she sustained her injuries.

He said Milana was asleep on his chest then let out a cry then suddenly became stiff and unresponsive. He then said that he woke up and found her on the floor.

Rather than dialling 999 he tried to get in touch with his partner and said he had tried to massage her and put her in the shower to revive her.

Guzas wept in the dock as he was jailed for seven years by Mr Justice Garnham.

The judge told him: ‘You shook her hard, probably repeatedly, causing her head to flop forwards and backwards then threw her on the bed.

‘I accept you did not intend to seriously harm her and certainly had no intention to kill. You must have known to shake her like that was wrong and likely to cause her some harm.’

He added: ‘I recognise the guilt you have suffered over the death of Milana.’

His laywer, William Carter, said: ‘This case on any view is tragic. He is simply broken.’

He added that Guzas would have to live for the rest of his life, knowing he was responsible for the death of his child:

Me Carter said that Guzas had been tired after working nights.

He added: ‘He was not just tired, he was very tired and that had come about in relation to the change of his shift pattern.’

He said that Guzas had started working nights to try to provide a better life for his family.

Mr Carter said: ‘What followed which must have taken seconds was a loss, not of temper, but of control. They are different, resulting in what must have been forceful shaking.’

After the case Det Chief Insp Mike Brown, who led the investigation, said: ‘This was an extremely tragic investigation from the outset involving the premature death of a baby girl. Her death was sadly inevitable given the extent of her injuries.

‘Our primary concern throughout this enquiry has been to seek justice for Milana, which today’s result reflects. I would also like to offer my thanks to the medical staff who treated Milana and immediately recognised the seriousness of her condition.’

The post Father shook baby to death because he was ‘extremely tired’ from working shifts appeared first on News Wire Now. 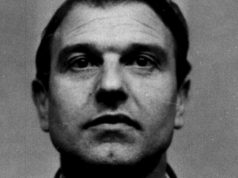