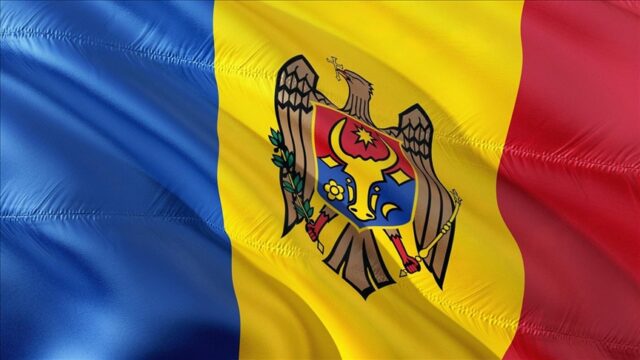 Moldova’s president, Maia Sandu, is convening a meeting of her security council on Tuesday after a series of incidents in the breakaway Moldovan republic of Transnistria and a warning from Moscow that the Russian-backed region could be drawn into the war in Ukraine.

Transnistria, which borders western Ukraine, is controlled by pro-Russia separatists and permanently hosts 1,500 Russian troops as well as a large arms depot.

Last week, a senior Russian commander said the goal of Russia’s new offensive was to seize control of southern Ukraine and to gain access to Transnistria, creating worries that the small east European country could become a new flashpoint in growing tensions between Moscow and the west.

On Tuesday morning, local authorities said that two antennas carrying Russian radio broadcasts had been blown up, the second episode of violence reported in the enclave in as many days after unknown attackers shelled the region’s state security ministry in Tiraspol with a handgrenade launcher on Monday.

Commenting on the explosion at the security ministry, the Moldovan government said it had been aimed at “creating pretexts for straining the security situation” in the breakaway region.

The Kremlin spokesperson, Dmitry Peskov, on Tuesday told journalists that he was “concerned” about the news coming out of Transnistria.

And hours earlier, the leader of the self-proclaimed republic in Donetsk, Denis Pushilin told the Russian state news agency RIA Novosti that Russia should “take into account what is happening in Transnistria” when planning the next stage of its military campaign.

Officials in Transnistria on Tuesday announced a number of new security measures, further raising concerns about a possible escalation in the breakaway state. Measures included the instalment of military checkpoints at the entrances to the cities of the region and the cancellation of the annual 9 May victory day parade.

Bob Deen, an expert on Moldova and a senior research fellow at the Clingendael Institute thinktank, said it was difficult to know whether the recent incidents were a false-flag operation by Russia or genuine acts of sabotage by anti-Russian groups.

But he said recent Russian rhetoric pointed to some of the long-term goals Russia had in mind for Transnistria. “We have seen that the topic of Transnistria is becoming discussed more openly in the Russian public domain. Russian recent statements could be an indication of the ambitions Moscow has there.”

According to Deen, it was unlikely that Russian forces would currently be able to stage an offensive toward the border with Moldova, given that Moscow was engaged in heavy fighting in the eastern Donbas region. To get to Transnistria, Moscow would need to stage an offensive toward Odesa, which has been hindered by the recent sinking of the Moskva cruiser, which forced Russian warships to move further away from Ukraine’s coast.

Deen was also sceptical that Transnistria’s own forces, which number about 7,500 troops, would be used in an attack on Ukraine from its western border.

“There is little appetite to fight in Ukraine among the Transnistrian troops as well as the general population in the region, many of whom are leaving towards Moldova to escape any potential violence.”

“Similarly to Belarus, the region does not want to be fully dragged into this war,” he said, adding that the recent rhetoric by Moscow may be a ploy to get Ukraine to pull troops away from the Donbas towards its western border.

With Russian backing, Transnistria fought a war against Moldova in the early 1990s that left the territory with de facto independence and a permanent Russian garrison. Russian state media – widely available in Transnistria – have played a significant role in cementing pro-Russian attitudes in the enclave as Moldova has shifted towards the west under the leadership of its liberal president.

Last week, Sandu signed into law a bill banning the orange and black striped ribbons of Saint George, which enjoy wide popularity in Russia as a way to show public support for the government and the military, a move that angered Russian officials. In the same bill, Sandu banned the prowar signs “Z” and “V”, first used by the Russian armed forces. 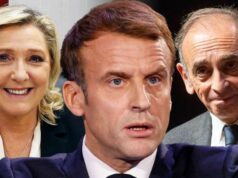 French election polls: who is leading the race to be the next president of France?