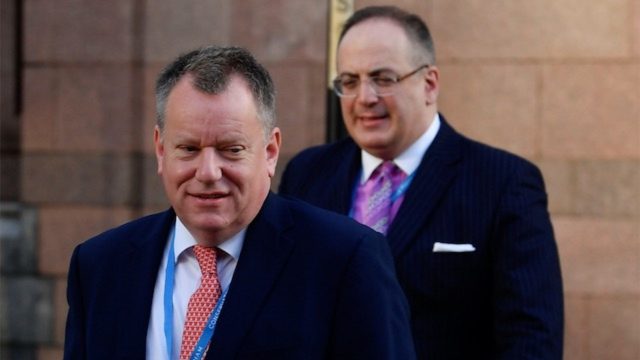 Brexit minister Lord David Frost has hardened his rhetoric ahead of the European Commission’s proposals on easing the impact of the Northern Ireland protocol, calling for “a new protocol” to replace the agreement he negotiated two years ago.

Speaking in Lisbon before a small group of diplomats and reporters, Mr Frost said Britain would consider the commission’s proposals seriously and was ready to enter into intensive negotiations over the next three weeks.

“I don’t know what the EU is going to come forward with although I’ve said I’ll look at it positively and what we hear about it is interesting. We’ll talk about it, even if I fear it may not do the job first round,” the minister said.

The EU’s proposals, to be published by chief Brexit negotiator Maros Sefcovic on Wednesday, are expected to cover access to medicines, customs procedures, animal and food safety checks and how to give Northern Ireland’s representatives a greater voice in how the protocol is implemented.

But Mr Frost has submitted legal texts based on a thorough rewriting of the agreement, which he acknowledged would involve replacing the existing protocol with a new one.

“What does it cost the EU to put a new protocol in place? As it seems to us, very little,” he asked.

“There is no threat to the single market from what we are proposing. We are not asking to change arrangements within the EU in any way. We are not seeking to generalise special rules for Northern Ireland to any other aspect of our relationship.

“For the EU now to say that the protocol – drawn up in extreme haste in a time of great uncertainty – can never be improved upon, when it is so self-evidently causing such significant problems, would be a historic misjudgement.”

Mr Frost’s proposals would introduce a light-touch system to allow goods to move freely from Great Britain to Northern Ireland unless they were definitely destined to move across the Border into the EU.

Animal and food safety checks would remain but only at the level enforced when Britain was still in the EU and goods circulating in Northern Ireland would no longer have to meet EU regulatory standards if they adhered to British ones.

Britain also wants to remove the role of the European Court of Justice (ECJ) and other EU institutions in enforcing the protocol, replacing them with an international arbitration system.

“It is not just about the court. It is about the system of which the court is the apex – the system which means the EU can make laws which apply in Northern Ireland without any kind of democratic scrutiny or discussion,” Mr Frost said.

“Even now, as the EU considers possible solutions, there is an air of it saying ‘we have decided what’s best for you, and will now implement it’. None of this we can now see will work as part of a durable settlement. Indeed without new arrangements in this area no Protocol will ever have the support across Northern Ireland it needs to survive.”

Tánaiste Leo Varadkar has said the latest British government demands on Brexit are “very hard to accept” and insisted that the ECJ has to be the body that interprets European law and oversees the single market.

“Our consistent position as the European Union and as the Irish Government is that the ECJ has to be the body that interprets European law and European standards,” he said at a post-budget press conference in Dublin. “I don’t understand how a British court or any other court could do that.”

Earlier he said the protocol was designed to do three things – avoid a hard border in Ireland, protect the integrity of the EU’s single market and allow Northern Ireland to trade freely with both Britain and the EU.

He said some issues have arisen with the flow of goods to Northern Ireland from Britain and “we’re keen to resolve that as best we can”.

But he added: “Ultimately the role of the European Court of Justice is there to adjudicate for the rules of the Single Market.

“And I don’t think that we can ever have a situation where another court was deciding what the rules in the European Single Market are.

“I think that’s why it makes the most recent demands of the UK government very hard to accept, he said.

“The trouble Britain has had getting goods into Britain, real shortages in England and now in Scotland and Wales ranging from petrol stations being closed to shelves not having goods on them because of Brexit.

“Actually the protocol has protected Northern Ireland from that. It has fewer supply issues than the rest of the United Kingdom.

The EU was trying to find solutions to the situation while it looked like “the representative from the UK was out to do everything to make life almost impossible,” Mr Ahern told Newstalk’s Pat Kenny show.

“He might think that’s very smart negotiation, but I think it’s deplorable. In normal business people just don’t do things like that,” Mr Ahern said. 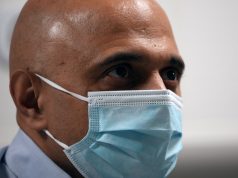 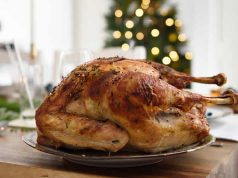 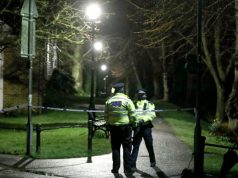