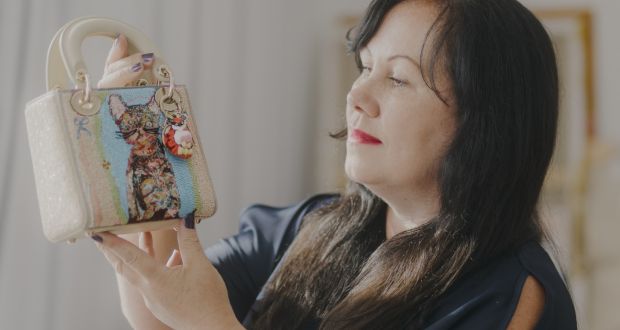 A little bit of Paris comes to Dublin on Monday October 18th  with the opening of a new Dior boutique in Brown Thomas, at the corner of Grafton and Wicklow Streets – a prime location. It coincides with another Irish connection: artist Genieve Figgis has been commissioned by Dior – a first for an Irish artist – to redesign their famous Lady Dior bag. Of that, more later.

The luxury French company founded in 1946 by Christian Dior has been headed since 2016 by its first female creative director Maria Grazia Chiuri, the Italian designer known for her views on modern feminism, her emblematic protest T-shirts and slogan knits.

“For me it is vital to harness the immediacy of fashion and its extraordinary communicative power to make the feminist project part of our everyday lives,” she says. “I realised this by talking to young women, who are teaching us to assert the many forms of feminism without changing who we are through our work and through a gaze that is fully feminine. This is fundamental to my collections and my way of designing.”

Historically, Ireland inspired several haute couture pieces by Christian Dior, including a green velvet evening gown from 1951 and another in green faille from spring 1957. Later Marc Bohan created a series of looks including a tweed suit called Paris Dublin and the Ireland Ensemble, a black silk couture dress with embroidered organza jacket. And, of course, it was an Irishwoman, the powerful Harper’s Bazaar editor Carmel Snow, who christened his famous 1947 collection as the New Look.

Chiuri visited Ireland when she was 15 on a school trip. “It was a wonderful experience for my cultural growth and education,” she says. “In the mind of a curious teenager like myself, Ireland represented – and still does – a space of endless wild and romantic landscapes. It’s also that place of literary imagination in James Joyce’s Dubliners which I read later but always associated with that trip, or the atmosphere in John Huston’s film of The Dead from Dubliners.”

The collaboration with Figgis came through the Dior Lady Art project which Chiuri initiated, and which resulted in the Irish artist being commissioned to “reinterpret” three Lady Dior bags for 2022. Originally designed by Gianfranco Ferré between 1989 and 1996, the bag became an instant best-seller after Lady Diana was famously seen wearing it, and it was rechristened the Lady Dior. Crafted from 144 pieces, with its boxy silhouette, lettered charms and plush quilting (called cannage), “it’s a bag that’s not tied to fashion but has become an icon precisely because of its elaborate simplicity and design which is still capable of evoking new things”, says Chiuri, who selects female artists from all over the world to reinterpret the bag in whatever way they choose for the project, now in its sixth year.

For Figgis, who lives in Wicklow and has become something of a superstar in the worlds of art and fashion, the commission was a singular challenge. “I was always interested in creating and got my first sewing machine at the age of 11 – my family thought I would become a fashion designer,” she says.

For this project, “I wanted to use the space to create hope and optimism. It was the perfect stage for animal motifs and reflections on our connection with nature and our responsibilities. I used the cat of nine lives [as one motif] as it represents longevity and survival, and for the charms, an embellished bird sitting on an egg. When I saw the samples, I didn’t want to give them back.” she says with a laugh. Her image of a tiger in burgundy vegan leather, “to be Earth-friendly”, decorates one of the other two bags and a pictorial carnival of humans and animals on the third.

Ever since Figgis’s work was discovered online by the American painter and photographer Richard Prince, she has become much sought after. Her images were cited as central to Marc Jacobs 2019 spring-summer collection with its sunset hues and frills, while the costumes of the Netflix Regency-period drama Bridgerton were directly inspired by her work – by her palette, her subversion and vibrancy.

Designer Simone Rocha has admitted to being “obsessed” with Figgis and her fairytale narratives. “A Figgis painting,” says artist Cian McLoughlin, “looks to be in perpetual motion . . . specific and dreamlike. In her hands the strange becomes familiar and the familiar becomes strange.” Figgis has had several strong solo shows, is represented by galleries in New York, Paris and London, and a recent painting sold in Hong Kong for €470,000.

Figgis lives by the sea in Wicklow with her husband and family, having restored a crumbling 19th-century house, and is, by her own admission, completely addicted to her work and the immediacy of painting. “This commission was like a dream come true and I had to rely on the Dior team to put it together and they really got it.”

The bags will be launched in December and will go on sale online in January and in the Dior flagship in London. Dates are to be confirmed.

The new Dublin boutique will contain accessories – key pieces that include scarves, belts and glasses from the Dior 2022 Cruise collection along with bags such as the Lady Dior, the Dior Book Tote and the Dior Caro. There will also be jewellery by Victoire de Castellane including the Rose des Vents collection. 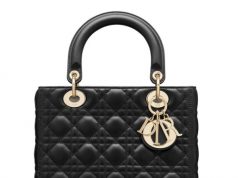 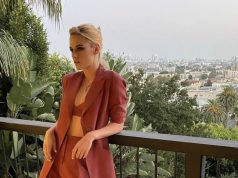 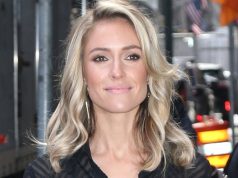 Cutouts Are Getting Even More Daring Next Season