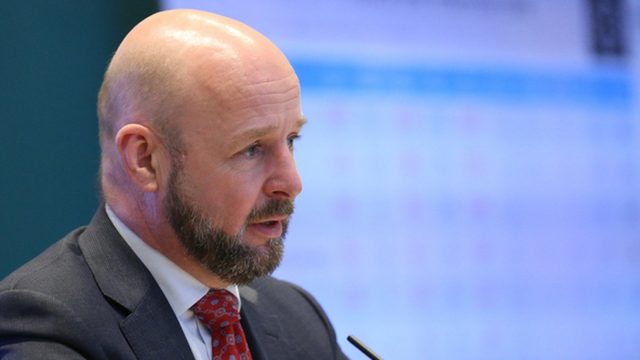 irishtimes– The continued increase in the numbers of Covid-19 cases is a “real concern”, public health officials have said, as more than 2,000 new cases were reported on Saturday.

There were a further 2,074 new cases of Covid-19 reported in the State on Saturday, while 229 people were in hospital with the virus, and 43 in intensive care.

Prof Nolan said the country had “breached” 2,000 daily cases for the first time since late January, when it was in the third wave.

Prof Nolan noted that the country was in a “very different” situation compared to the previous wave in January, as vaccines were “preventing an enormous number of transmissions” of the virus.

Despite this, he said the rising incidence of the disease “is a real concern”, with the pace the virus was spreading increasing across all age groups and parts of the country.

“We are starting to see incidence rise, albeit from very low levels, in those aged 65 and older,” he said.

“The real concern is that there is an underlying established pattern of exponential growth, with cases growing at about 3.7 per cent per day since 19 June ,” he said.

Numbers in hospitals were increasing at similar rates of four per cent a day since the start of July, he said.

The situation was “not sustainable,” and while vaccination worked to protect against Covid-19, people needed to stick to basic public health measures, such as washing hands, mask wearing, and to self-isolate if they developed symptoms, he said.

“We’ve reported 10,000 cases in the last week alone, and while we have very high incidence across Donegal, Monaghan, Mayo, Galway, Louth and Cavan, incidence is rising across all 26 counties,” he said.

The rate of the virus was “particularly high” among those aged 16 to 29 years of age, he said.

“This does not mean that we have to stay at home, but it does mean that we need to be careful in what we do, even if fully vaccinated,” he said.

More than 75,000 12- to 15-year-olds have been registered for Covid-19 vaccines, as the young age cohort began receiving first doses on Friday.

Paul Reid, head of the Health Service Executive (HSE), said over 10,000 vaccines were administered to the 12-15 group in vaccination centres and GP practices on Friday.

“Children have sacrificed some much in this pandemic too and they have shown maturity beyond their years. Vaccinations are our way out of this awful period,” he said.

Minister for Health Stephen Donnelly, meanwhile, has added Fiji to the list of designated States and removed Indonesia and Seychelles.

People who do not have valid proof of vaccination or recovery arriving to Ireland having been in or transited through these States in the previous 14 days must enter Mandatory Hotel Quarantine.

The restrictions with regard to Fiji come into effect on Wednesday at 4am, those that had applied in respect of travel from Indonesia and Seychelles have been lifted with immediate effect.