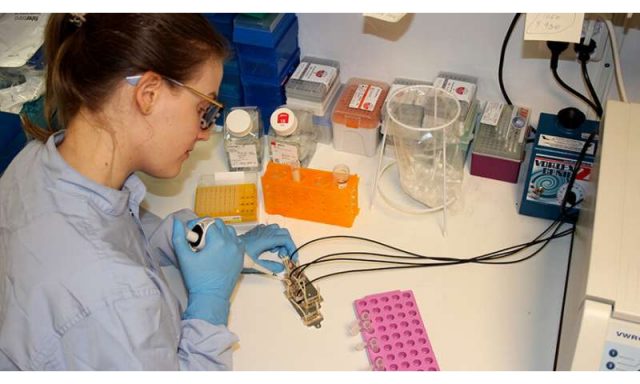 independent– The Government is to side-line the National Public Health Emergency Team (Nphet) and press on with the use  of rapid antigen tests to screen people for Covid-19.

Health Minister Stephen Donnelly has decided to by-pass Nphet and establish a new expert group to fast-track the roll-out of rapid tests to assist in the reopening of the country.

The move follows months of tensions between the Government and chief medical officer Dr Tony Holohan’s team over tests which are in widespread use across the world.

It also emerges amid growing  controversy over Nphet’s demands for a vaccine and immunisation identification system to be introduced for indoor dining.

Yesterday, Dr Holohan also ruled out the use of negative tests for Covid-19, including rapid antigen tests, to allow people to  access indoor hospitality.

However, in recent weeks, Mr Donnelly has been quietly recruiting a new team of experts, who will be chaired by president of the Royal College of Physicians of Ireland Prof Mary Horgan, to develop a plan for introducing rapid testing.

The Expert Rapid Test Group will be tasked with progressing the use of rapid tests in a number of settings, including schools and colleges.

The group will also examine if they can be used to facilitate indoor dining in pubs and restaurants.

The group’s remit will be in direct conflict with the views of Dr Holohan and Nphet who have vehemently opposed the use of rapid tests in reopening society.

However, Mr Donnelly together  with   other senior Government figures have grown frustrated with the resistance to rapid tests shown by senior public health figures.

The two professors were also involved in drafting a report recommending a series of pilot schemes to trial the use of rapid tests in universities, businesses and within the agriculture sector.

The report was endorsed by Mr Donnelly but it was not supported by all of the officials involved in the review.

Meanwhile, Taoiseach Micheál Martin has sparked major concern among Cabinet colleagues after wrongly telling them new guidance on the vaccination programme was factored into dire Nphet forecasts about the impact of the Delta wave.

Mr Martin told a Cabinet meeting on Tuesday that warnings from public health officials that over 2,000 people could die in the coming months because of the Delta wave were  based on new advice to expand the use of certain Covid-19 vaccines to younger age groups  and thus potentially expedite the vaccination of the under  40s.

Tourism Minister Catherine Martin specifically asked the Taoiseach if the new advice from the National Immunisation Advisory Council (Niac) was factored into the forecasts.

Mr Martin responded by telling the Cabinet Nphet’s projections had accounted for the significant changes in the vaccination programme.

Following the Taoiseach’s comments, the Cabinet decided to delay the reopening of indoor service in restaurants, pubs and café s while ministers develop a new vaccine and immunisation identification system.

At a briefing of Opposition TDs yesterday  Dr Holohan revealed that the new guidance –  that the AstraZeneca and Janssen jabs could be used on the under 50s  –  was not factored into modelling which projected in a worst-case scenario of 681,900 new cases and 2,170 deaths over the coming months

Three Cabinet sources confirmed Mr Martin told the crucial meeting on indoor dining that Nphet’s projections took into account the changes to the vaccine roll- out.

However, a spokesperson for Mr Martin would not respond to questions about whether or not the Taoiseach told Cabinet that new Niac guidance was included in the forecasts,  saying they do not comment on Cabinet discussions.

A Government source denied the Taoiseach misled Cabinet ministers. “The recommendations came from Nphet. The Taoiseach didn’t mislead anyone,” they said.

Another source pointed out that Nphet could not have taken into account Niac’s advice as it has not been agreed by Government ahead of Monday’s Cabinet s ubcommittee on Covid-19.