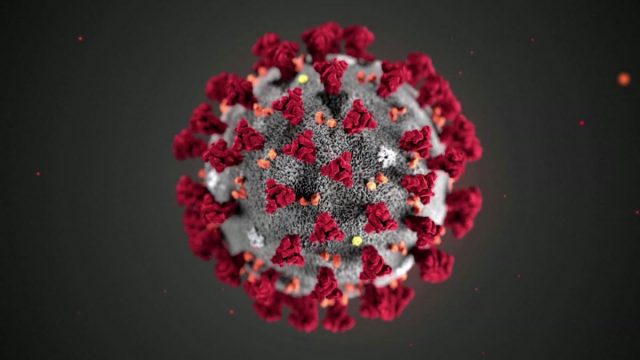 (CNN)Thailand reported its highest number of Covid-19 deaths in a single day Tuesday as officials struggle to contain a third coronavirus wave ripping through overcrowded prisons.

The Southeast Asian country’s justice minister said authorities are hoping to prioritize vaccinating more than 300,000 inmates and jail staff by diverting doses from the health ministry.
On Monday, Thailand reported 9,635 new coronavirus cases — the highest number of new infections since the pandemic began, according to its Covid-19 task force (CCSA). Of those cases, 6,853 — more than 70% — were found in eight prisons and detention facilities across the country.
By Tuesday morning local time, 2,473 new Covid-19 cases had been confirmed, of which 680 were from prisons. Thailand also reported 35 related deaths nationwide on Tuesday, its highest number of daily fatalities, according to CCSA.
The new figures bring the country’s total number of confirmed cases to 127,184, with 649 related deaths — relatively small numbers compared to those in other parts of the world. Thailand has managed to keep overall cases low until the most recent outbreak emerged in early April from a Bangkok entertainment district before spreading to a slum area.
Thailand’s prison clusters came to light when several pro-democracy protest leaders, accused of insulting the monarchy and held in pre-trial detention following popular demonstrations last year, announced they had tested positive for Covid-19 after being released on bail. Following the news, Thai authorities began mass testing the country’s prison population.

Justice minister Somsak Thepsutin said an investigation will be launched into how the virus has rapidly spread through the prison system and called for transparency in releasing the findings to the public. CNN cannot yet confirm when the prison cases first emerged but it is expected the number will continue to rise as more infections are confirmed.
According to Thailand’s disease control department, nearly half of those tested in the jails so far were found to be infected with Covid-19. More than 24,000 inmates in eight prisons in Bangkok, Nonthaburi, Chachoengsao, and Chiang Mai provinces were tested during the first two weeks of May and 10,748 inmates and prison staff were found to have Covid-19.
The majority of prison cases were found in the capital, Bangkok, but the worst-hit jail was in Chiang Mai province where just over 60% of inmates tested were found to have Covid-19, according to government figures.
Speaking at a news conference Monday, Somsak said testing will be carried out in all prisons and include “jail officers, inmates and administrative staff including the corrections department’s high-level management.”
The tests will start at prisons in Bangkok metropolitan areas first, with around 55,000 people to be tested, he said.
“The inmates are our fellow Thai citizens, but they have to be contained and can’t be moved anywhere. This is the huge obstacle to solve this problem and in addition the sleeping rooms are overcrowded,” Somsak added.
Thailand’s prisons are notoriously overcrowded, with about 310,000 inmates in 143 jails, according to the corrections department. The World Prison Brief reported the country’s prison system is only designed to handle about 110,000 inmates.
Human Rights Watch (HRW) said in a statement last week that those held in Thailand’s detention facilities “are at grave risk from Covid-19 outbreaks” and urged the government to “immediately act to ensure that prisoners and detainees have access to adequate protective measures and health care.”
It said authorities should “swiftly reduce overcrowding by releasing people who do not pose a serious and concrete risk to others.”
“The Thai government needs to be forthright about the Covid-19 outbreaks in its prison system and how it intends to avoid disastrous consequences for those held,” said Brad Adams, Asia director at HRW. “Many people warned the Thai authorities that they needed to act proactively to avoid such a situation, but it seems they got caught sleeping at the switch.”

Slow roll out of vaccinations

Justice minister Somsak said vaccinating Thailand’s inmates and prison staff was “extremely urgent” and added he was trying to secure doses from the health ministry.
But Thailand has yet to roll out its mass vaccination program nationwide. So far, 1.4 million people in a country of 66 million have received their first dose and 781,000 their second — mainly frontline health workers or those in high-risk groups.
Earlier this month, Prime Minister Prayut Chan-o-cha declared Covid-19 vaccinations a national priority, and said the aim was to vaccinate 50 million people by the end of 2021.
Thailand plans to begin mass vaccinations on June 1, according to Opas Karnkawinwong, director-general of the Department of Disease Control (DDC).
“We have 1,000 hospitals. If each of the hospitals administer 500 doses, we can administer 500,000 doses per day or around 10 to 15 million doses per month,” he said in a post on the communicable diseases department’s Facebook page.
To curb the spread of the new wave, public health minister Anutin Charnvirakul said Thursday “vaccine distribution will focus on epidemic areas first,” and to achieve herd immunity “70% of the population in each province must be vaccinated.”
The focus will first be on Bangkok, where at least 30 new clusters have been found, mostly in construction workers’ dorms and factories. On Sunday, a housing facility for laborers in Bangkok’s Laksi district was placed under a seven-day lockdown after half of the 1,667 Thai and foreign workers living there tested positive for Covid-19.
Some sectors, however, are easing restrictions. In Bangkok, dine-in services resumed Monday with guests capped at 25% normal capacity.
Meanwhile, other provinces are tightening the rules. A partial lockdown is in effect on the tourist hotspot of Phuket island, with residents told to refrain from traveling, and land checkpoints and sea ports closed.
Thailand, which normally relies on tourism for close to 15% of its GDP, shut its borders to international travelers in late March 2020 as Covid-19 began to spread, imposing strict quarantine measures on those who did arrive.
The country’s latest wave of infections and low vaccination rate has cast doubts on a plan to reopen Phuket to vaccinated travelers with no quarantine from July 1.