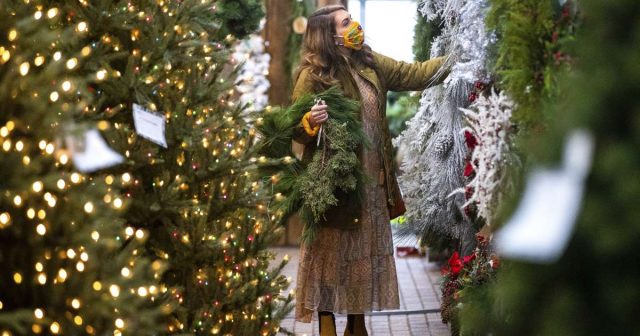 breakingnews.ie- The news that the country will return to Level 5 restrictions from Christmas Eve has been described as “a disastrous, devastating and crushing blow” by businesses set to close their doors.

With restaurants and pubs serving food set to close at 3pm on December 24th amid a third surge of Covid-19 cases, the Restaurants Association of Ireland (RAI) said festivities had been cancelled for owners and staff.

Meanwhile, the Licensed Vintners Association (LVA) said the Government was effectively laying off 25,000 pub workers the night before Christmas.

RAI CEO Adrian Cummins said the short notice given in advance of the new restrictions “will mean thousands of euros of stock per premises lost in wastage,” with a 3pm closing time giving businesses little opportunity to accommodate customers.

“With less than 48 hours’ notice given for a shut down at the peak trading period of the year, serious questions needed to asked as to whether Government understands how the sector and food supply chain operates,” he said.

“[The] news is a disastrous, devastating and crushing blow to restaurant owners and their staff as we head towards Christmas,” he added.

“We are now calling on the Government to provide a financial aid package for the restaurant sector, which has being economically flattened over the past nine months.

“The package must be targeted, impactful and substantial in order to sustain 180,000 restaurant and hospitality workers and 20,000 businesses.”

Separately, publicans from the LVA said the Government was effectively laying off 25,000 people working in pubs across the country, generating “enormous” levels of stress amongst owners and their staff ahead of their third closure of the year.

“Despite shutting hospitality in Dublin in September and around the rest of the country at the beginning of October, these measures proved ineffective in preventing a wider lockdown of the economy,” the group said in a statement.

“The day before Christmas they are laying off half the staff in the industry and providing them with a very uncertain future, having previously forsaken the other half of the industry working in traditional pubs,” Donall O’Keeffe, chief executive of the LVA said.

“They seem hellbent on pursuing this course of action despite a complete absence of any statistical evidence showing that hospitality is the cause of the rise of infections in this country.

“Either the Government needs to come up with more sustainable solutions or the tug of war to have the hospitality sector reopen will begin again in earnest from the beginning of January.”

Hoteliers have also criticised the Government’s move to restrict hotel guests to those with essential purposes from December 27th, and issued a call for emergency supports.

“Traditionally, the Christmas trading period is absolutely vital for sustaining hotels during the first few months of the following year. Now, that revenue too is gone with today’s announcement,” Tim Fenn, chief executive of the Irish Hotels Federation said.

“A failure to support the industry now will have ramifications for the future of Ireland’s tourism offering and for the economy that could take decades to remedy.

“This is about thousands of tourism businesses that supported almost 270,000 livelihoods prior to Covid.

“The Government must now come forward with a coherent, sector-specific programme of supports and measures to secure the long-term financial sustainability of hotels and guesthouses throughout the country.”