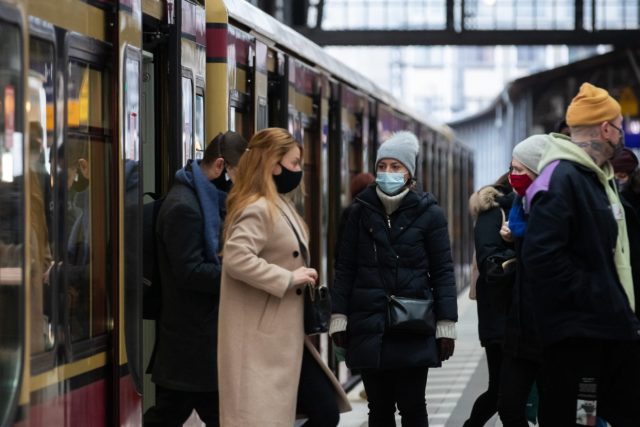 breakingnews– Germany is to close most shops and schools, and further limit social contacts in an effort to drive down the rate of coronavirus infections that have remained stubbornly high in recent weeks.

Chancellor Angela Merkel said she and the governors of Germany’s 16 states had agreed to step up the country’s lockdown measures from December 16 to January 10 to stop the exponential rise of Covid-19 cases.

“We are forced to act, and we’re acting too,” Mrs Merkel told reporters in Berlin.

Existing restrictions imposed in November have failed to significantly reduce the number of new infections, she said.

Germany recorded 20,200 newly confirmed cases and 321 additional deaths on Sunday, a high number for the weekend when many local authorities do not report figures.

From Wednesday, schools nationwide will be closed or switch to home schooling, and most non-food stores will be shuttered, as will businesses such as hairdressers that have so far been allowed to remain open.

Restaurant takeaways will continue to be permitted but consumption on site – including of alcoholic beverages – will be banned.

With the exception of Christmas, the number of people allowed to meet indoors will remain restricted to five, not including children under 14.

The sale of fireworks traditionally used to celebrate New Year’s will also be banned, as will public outdoor gatherings on New Year’s Eve.

Bavaria’s governor, Markus Soeder, said the ban on fireworks follows appeals from hospitals which said they would not be able to treat the large number of serious injuries that result from mishandled explosives every year.

The overall measures are necessary to prevent the number of new cases and deaths rising further, said Mr Soeder, adding: “We need to be careful that Germany doesn’t become the problem child of Europe.”

Employers will be asked to let staff work from home, where possible, for the next month.