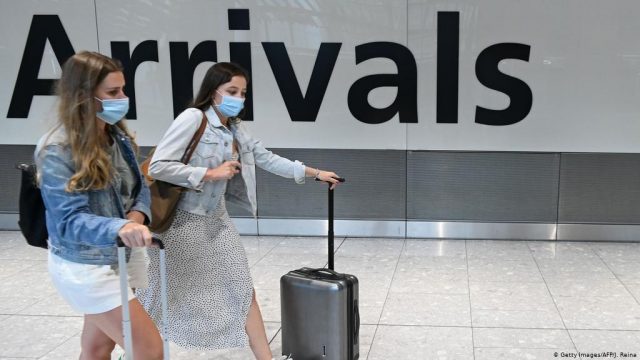 irishtimes– The Czech Republic will relax coronavirus restrictions on Thursday and Russia plans to launch large-scale vaccination against Covid-19 next week, as central and eastern Europe battles a severe second wave of the pandemic.

The Czech government reintroduced a partial lockdown in late October to avert what it called a possible collapse of the healthcare system, as hospitals struggled to cope with the EU’s highest coronavirus infection rate at the time.

The strict measures have brought infections down steadily from a one-day record of 15,725 new cases on November 4th to 5,176 this Tuesday, easing the strain on medical facilities and personnel and allowing rules to be eased before the festive season.

The current 11pm curfew will be cancelled on Thursday, non-essential shops will reopen and cafes, pubs and restaurants will be allowed to welcome back customers, albeit with a 10pm closing time, limits on capacity and with a maximum of four people at any table.

Face masks must still be worn indoors, including in gyms, sports centres and hairdressing salons, all of which may now reopen; church services can resume with smaller congregations, and schools are expected to welcome many pupils back into classrooms next Monday.

Czech prime minister Andrej Babis, who admits that he relaxed restrictions too quickly in late spring in a bid to help the economy, warned on Wednesday that the virus could surge back if people abandoned their caution.

“There is an awful lot of relaxation,” he said of the forthcoming rule changes. “It would be nice if people didn’t have to use it right away and waited for a little while. I’m slightly nervous about this development.”

The new rules are expected to remain in force until January, and Czech officials hope the country will receive vaccines early in the new year.

“We still have high numbers. The only solution is a vaccine,” Mr Babis said. “We have to convince people that this is for the benefit of their health. Compared to other countries, vaccination is not very popular here.”

Russia reported a record one-day high of 589 Covid-19 deaths on Wednesday, when 25,345 new infections were confirmed; the country’s total of more than 2.3 million cases of coronavirus is the fourth highest in the world.

President Vladimir Putin said Russia would soon have produced two million doses of its Sputnik V vaccine, “allowing us to start, if not mass [vaccination], then large-scale vaccination”.

“If you think we’ve fully reached this stage, then I would ask you to organise work so that we launch large-scale vaccination at the end of next week,” he told deputy prime minister Tatyana Golikova, adding that medics and teachers should be inoculated first.

The Russian developers of Sputnik V say it is 95 per cent effective and considerably cheaper than potential US rivals.