BEIRUT: The traders and shippers who spent their days cutting deals and counting containers in Beiruts port knew there was something strange about Warehouse 12.

“I knew that inside Warehouse 12 (customs) have (seized) fireworks, missiles, captagon (an amphetamine),” said Sami el Khatib, executive manager of Adham el Khatib & Sons, a large freight-forwarding and logistics company. “But I never felt that we (would) have (an) explosion”.

On Tuesday (Aug 4), the hangar where 2,750 tonnes of ammonium nitrate had been stored for several years blew up with a catastrophic force that killed more than 130 people and injured some 4,000, devastating much of the Lebanese capital.

READ: What we know about the Beirut explosions so far

CIVIL DISCONTENT COULD BOIL OVER

For many, the disaster was the direct consequence of decades of corruption and inept leadership at the top of the Lebanese state. “What we saw yesterday (Tuesday) is the catastrophic results of a system that is collapsing,” said Maha Yahya, director of the Beirut-based Carnegie Middle East Centre, a think-tank. “A political leadership that knows no limits . . .(and) does thrive on chaos.”

The blast came amid rolling electricity blackouts and during a crippling economic crisis that has wiped out thousands of jobs and plunged people into poverty.

In downtown Beirut on Wednesday (Aug 5), protesters threw stones at cars in former prime minister Saad Hariris convoy. Frustration at the perceived corruption of Mr Hariris administration was at the core of mass protests that broke out last year, toppling his government.

Analysts expect civil discontent could boil over once more. Ms Yahya said she sensed “palpable anger” on the street.

The roots of Lebanons political malaise date back to the end of its 15-year civil war in 1990 and the decision to share power through sectarian quotas.

QUESTIONS ABOUT THE SYSTEM

Critics say that this system has created an entrenched political class of warlords or “chiefs”, who divide power and influence between themselves along sectarian lines.

This sharing of the pie extends to the civil service, including the customs directorate, where positions are informally allocated to different sects.

READ: Commentary: Protests in the US are a broader critique of Trump and what he represents

For import-dependent Lebanon, the part-privately managed port is the main artery for everything from fuel to food. Its gantries dominate Beiruts skyline. It provides thousands of jobs at companies from freight forwarders to insurers.

Anger at institutional incompetence has been stoked by reports that customs officials had for years attempted to get a ruling from a Beirut judge about what to do with the ammonium nitrate shipment, which arrived and was seized in late 2013 — but to no avail.

Badri Daher, customs director, told local media that Beirut authorities had been warned six times about the highly explosive material. A paper trail of letters related to this have been widely shared on social media.

Ms Yahya called the failure to safeguard the ammonium nitrate “outrageous”. “Who the hell stores nearly 3,000 tonnes of ammonium nitrate in a port area next to fireworks?” she said. “Everyone whos governed over the past four or five years has been made aware of it and not a single person took action. The question is why didnt they?”

The presence of the ammonium nitrate was well-known among port regulars, said Mr Khatib, who could recall specific details about the arrival of the shipment several years ago, including problems with the vessel and the fact it was en route to Africa.

While Mr Khatib said the port was a well-run facility, and praised customs director Mr Daher, others claim that the system could only be navigated using fixers and bribes.

At Beirut port, “you had a menu, this is your price”, said one importer, who asked not to give his name for fear his business would be affected.

To process his goods through the port, the importer said he would pay “anywhere from 500 bucks to clear [a shipment] quicker to $1,000 so theyd review the goods [properly] . . . and not reassess the value based on their own internal bastard system”.

The customs authority did not immediately respond to a request for comment. 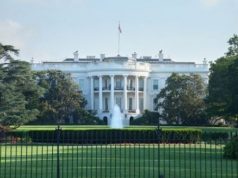