UNITED NATIONS: China on Monday (Jul 6) joined a global arms trade treaty spurned by the United States, taking a swipe at US President Donald Trump's administration by accusing it of bullying, unilateralism and undermining efforts to combat global challenges.

China's UN ambassador, Zhang Jun, said he had deposited China's instrument of accession to the treaty, which regulates a US$70 billion global cross-border trade in conventional arms and seeks to keep weapons out of the hands of human rights abusers.

China, which announced its plans in September, becomes the 107th party to the pact, approved by the UN General Assembly in 2013. Then-US President Barack Obama signed it, but it was opposed by the National Rifle Association and never ratified by the US Senate.

Trump said in April last year that he intended to revoke the status of the United States as a signatory. In July 2019, the United States told UN Secretary-General Antonio Guterres that Washington did not intend to become a party to the treaty and that it had no legal obligations from its 2013 signature.

Without naming the United States, but amid escalating tensions between Beijing and Washington, Zhang said in a statement that a "certain country … walked away from international commitments, and launched acts of unilateralism and bullying."

"This has brought huge uncertainties to the global strategic balance and stability, and seriously undermined the joint efforts of all countries to tackle global challenges," he said, adding that "maRead More – Source 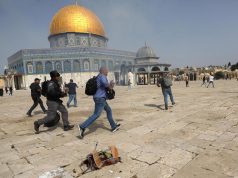 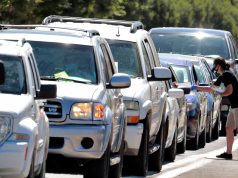 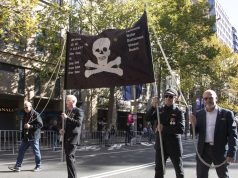