THE winter snows had started to thaw when the bodies were discovered; men, women and children slaughtered and bundled into a makeshift mound at the foot of a bridge long ago destroyed during Bosnia’s brutal civil war.

Tim Brown had already been a soldier for nine years. Hed seen the charred remains of enemy soldiers during the carnage that was the first Gulf War. But this was different. Although he didnt know it then, what the young Lance Corporal witnessed on that March day in 1996 would ignite a fuse which would burn silently in his mind for 18 years before exploding with a diagnosis of PTSD.

Only with the help of veterans charities like Combat Stress and the Royal British Legion Institute was he saved from the abyss.

A former Royal Engineer combat signaller transferred to the Adjutant General Corps through back injury, Tim had only been in Bosnia for two weeks when he began to horrors that would haunt him for ever.

“I was part of the first unit that Nato sent to Bosnia. My unit was attached to the Queens Royal Hussars and travelled as part of a Challenger tank convoy,” said the softly-spoken Yorkshireman, from his home in Rainham, Kent.

“After a couple of weeks I began to get a feel for Bosnia. I remember driving through villages and seeing the bodies of entire families hanging inside their own houses. Theyd been murdered.

“We were there as peacekeepers. We couldnt do anything about it.”

It was another six weeks before he witnessed the mass grave.

“I was asked by the Padre whether I would be his driver for the day. I drew my weapon out of the armoury and off we went,” said Tim, 52.

“We headed for a little village. A bridge had been blown up and next to it people were digging up a mass grave.

“I saw the bodies of children and women. It was shocking.I remember thinking about my own two children, who were six and four. Having kids that age, it was very close to the bone.

“At one point things got a bit heated I tried to intervene and weapons were aimed at me. But I had a job to do. My job was to protect the Padre. “

They drove the hours journey back to their base, a converted bus depot in Bos Petrovac, in virtual silence.

“I didnt tell anyone what Id seen. I had mates there but in those days you just didnt talk about things. You put up and shut up,” he said.

“The worst part was that I wasnt able to do anything. I knew the ones who carried out these acts would get away with it. I felt neutered.”

The second bombshell happened just a short while later, in a mountainous pine forest clearing.

“My squadron was sent to oversee a body swap,” recalled Tim. .

“One side turned up with four pickup trucks. Bodies had been carefully wrapped in sheets and they were gently placed on the ground.

“Then we saw a dump truck approaching. It reversed into our clearing and just tipped all its bodies out – it must have been carrying fifty. As they landed in a heap, bits fell off.

“All hell broke loose. Guns were pointed and we had to intervene, but I could understand it.

“I felt physically sick at they way theyd done this. We all felt the same way. It was so callous. So unnecessary.

“We talked about it a bit then locked it up.”

When his six month tour was over, Tim was sent back to England.

“There was no decompression in those days,” he said. “One day you were in Bosnia, the next you driving to work in Catterick.”

But the fuse was lit. His wife began to notice a change in his behaviour. The marriage began to fail.

“We began arguing. I became really hard to live with. I remember becoming really scared about the safety of our kids. I became overprotective,” he said.

“But I didnt realise anything was wrong until much later. “

In December 2014, his mother died. Tim has been divorced for 14 years, out of the army for five and had met a new partner, Jude, and remarried.

“My mother was 84 and had just moved to the Isle of Skye with my stepfather. “My sister had built them an annex. I planned to see them for New Years. I didnt get the chance.

“I remember sitting on her chair. On a little table table there were notes that shed written full of things she wanted to tell me.

“On New Years Eve my brother-in-law gave me some beer my mother had bought for me and I broke down. It was a build up of everything.

“The floodgates opened. I sobbed for hours. Id never cried like that before and I never want to do it again. “

“Jude has pinned their website so I saw it every time I opened my iPad. Eventually I asked her why is this here?. She said: because you need to ring them”

“After that first phone call I felt like a physical weight had been lifted off me. “

During the residential course he had eighteen one-to-one sessions with a psychologist. Each time, he was forced to tell his story from the beginning. Eventually, he began to complain.

“She smiled and said there you go. Ive been waiting for that. Its now just a memory of a story you cant be bothered to tell me.”

“She said my mind was like a filing cabinet and these issues had just been left on top, not placed inside. Me talking about it so many times, as well other bits of treatment, helped to make it just another story from my life

“For the first time I began to feel that the guilt Id been carrying all those years was lifted.Me being there had allowed the Padre to do his job, had allowed those poor families to get the bodies of their loved ones back.”

Tim had been working as a long distance lorry driver, but he knew that spending 15 hours a day alone in cab had just made things worse.

“Id be raking over and over things. I knew I needed a job where I could be around people, feel safe and do different things,”he said.

Then one day a friend gave him an email address for the Royal British Legion Institute, a charity which helps veterans rby giving them jobs in Britain Braved Manufacturing Company, producer of iconic Tommy in the Window merchandise.

“If got an interview straight away, “ he said.

“The HR team brought another veteran in, who had been badly injured when the RFA Sir Galahad was bombed during the Falklands war. He was there to see how Id get on with others, and he must have thought I was okay because I got the job. “

Now he is a team leader and mentor to others.

“Its an amazing place to work, “ he said.

“Im not cured. One of the first things they told us was that our trauma was incurable. When we heard that our jaws dropped. I wanted to cry.

“But they told us they could give us tools to live with it and lighten the load. And, though I still have my moments, they were right.” 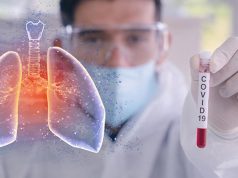