From crafty lunchtime cones to end-of-pier walks and devilish desserts (after any meal, of course), a good ice cream puts smiles on faces.

It doesn't have to come from Italy, however. Or Ben & Jerry's.

Similar to craft beers and gourmet burgers, a growing number of homemade, independent and farmhouse brands are standing up to be counted in Ireland… and they ain't no Cornettos.

Here are 15 Irish ice cream stories to get you started, in no particular order – a combo of old favourites, new discoveries and social media tips that all began with a humble shout-out seeking the best ice-cream in Ireland on Twitter.

Why: Yes, it's expensive (I paid €4.50 for a small serving in Dingle last summer). But it's also super-tasty, and the yardstick by which Irish ice cream is now measured – with flavour bombs ranging from caramel honeycomb to Dingle Gin and a heartfelt attention to detail that starts with indigenous Kerry cows. Quality doesn't come cheap, and this is definitely worth a treat – plus, when I tapped Twitter for ice cream tips, it got the most recommendations by a country mile.

Why: Ireland's first rolled ice cream company has gone from a small market stall in Blackrock to the top of Sool Nua's Ice cream index, but is it worth the fuss? Inspired by Asian street food techniques spotted by founder Caolan Cullen on his travels, the concept is pure theatre. As you watch, vendors pour fresh vanilla cream (or a fresh coconut vegan base) onto a plate cooled to minus 30-degrees, add toppings like salted caramel or summer berries, and chop like crazy. After a frenzied minute or so, the mix has been frozen, flattened, scraped into rolls and popped into a tub for your face-stuffing pleasure. I'd like to have seen more imaginatively Irish toppings at the Bray stand I tested (above), but making the stuff from scratch means less preservatives and stabilisers, and lots of appetite-whetting fun.

What: 'And sometime make the time to drive out west / Into County Clare, along the Flaggy Shore…' So wrote Seamus Heaney in his poem, Postscript. Today, there's a reason to visit beyond the rocky landscapes and wild light – Bríd and Roger Fahy's Linalla ice cream. This is a simple idea, lovingly executed – a homespun cafe at the ends of the earth, and dairy ice cream made with milk from the Fahys' shorthorn cows. Flavours range from summer fruits to Burren hazelnuts and wild gorse. Sometime, make the time…

Why: Firstly, it's not gelato… but don't worry. Idaho Gelato is a summer pop-up and its big thing is toppings, with Mairead Jacob adding all sorts of wonderfully Wonka-esque ingredients to soft-serve ice cream made from Irish milk (think West Cork strawberry shortcake, rhubarb and ginger crumble, or even miso caramel). "My menu is a bit off piste…" she says. Just the way we like it.

Why: How's summer going? "Hectic actually," says Jocelyn Northage from Connemara. You won't find her ice-cream online, mind – it was started as a retirement hobby – but you will find it front and centre in local recommendations. Jimmy's uses Carrageen Moss seaweed as a binding agent rather than eggs or gelatin (which means it's all vegetarian, among other things) and flavours are mostly gluten-free. Top tip? Try the Rum & Raisin – for which Jocelyn soaks her raisins in rum for 24 hours ("it packs a punch," she says). You'll find it in hotels like Ballynahinch Castle and the Connemara Sands, and shops like the Connemara Hamper in Clifden, SuperValu in Westport, and Cappagh Stores in Knocknacarra.

Why: Northern Ireland's best ice cream? The Morelli family (picture courtesy of causewaycoastfoodietours.com) are not new to ice-cream. In fact, they've been making it here since 1911 – packing over a century of credentials into what many view as the island's best Italian-inspired ice-cream. Flavours range from the ridiculous to the sublime… including vanilla, honeycomb and sea salty caramel.

Why: Beloved of Sligo locals, and a fixture of the Sligo Food Trail (sligofoodtrail.ie), Fabio Boni's ice-cream and coffee shop is one of the best in the west. This is handmade, Irish-Italian gelato (which has less fat and air compared to America-style ice cream). Boni hails from Florence, and he takes his work seriously – using no industrially mixed bases, emuslfiers or hydrogenated fats, drawing on local organic herbs (try the lemon sage sorbet) and pouring lots of love into flavours ranging from vanilla and chocolate to 'Bull's Blood' – a spicy mix of dairy-free orange dark chocolate sorbet with cayenne pepper… Buon appetito!

Where: 2A Wine Street, Sligo; facebook.com/fabiosicecream

Why? Because it's handmade in small batches, for starters. None of your mass-produced and marketed fridge-fillers here – Fantastic Flavours is a go-to stop for ice cream fans in East Cork. Run by Miceál and Oksana O'Hurley, the little parlour is a regular on round-ups like this one, and you can take 'Ice Cream Apprentice' classes too. Flavours? 'Cherry is to die for,' says Clare Hennessy on Twitter. 'Oreo Schmoreo' and 'Malteaser Pleaser' could definitely maybe interest the kids, too.

Why: It's the Kingdom's affordable alternative to Murphy's, with a scoop from €2 and lashings of love… starting with the legendary Lee Strand Milk. Try the lemon meringue – that's an order.

Why: It's farm-to-spoon, baby. Freezin' Friesian starts with pedigree Friesian cows' milk from Ballyhussa farm, with liquid ice-cream frozen, chopped and rolled as customers watch – using homemade toppings and local summer fruits. Popular flavours include garden mint, homemade lemon curd and Wexford strawberries. It's early days for the Kiersey brothers (above), but check their Facebook, Instagram or Twitter for the next festival or event at which to find them… in future, they even aspire to having their own stop along the Waterford Greenway.

Why: Fresh out of the blocks, this tasty start-up was launched in 2018 by John Burke and Gerard Paul O'Sullivan. The concept is simple (as ice cream should be) – pairing pure artisan handmade West Clare ice cream with local flavours ranging from brown bread and caramel to stewed rhubarb and chocolate chip cookie. Give itRead More – Source 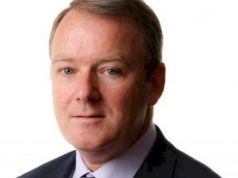 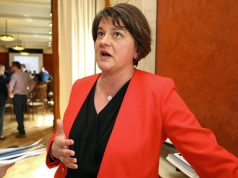 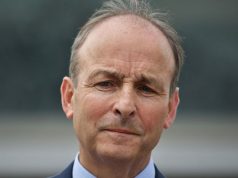